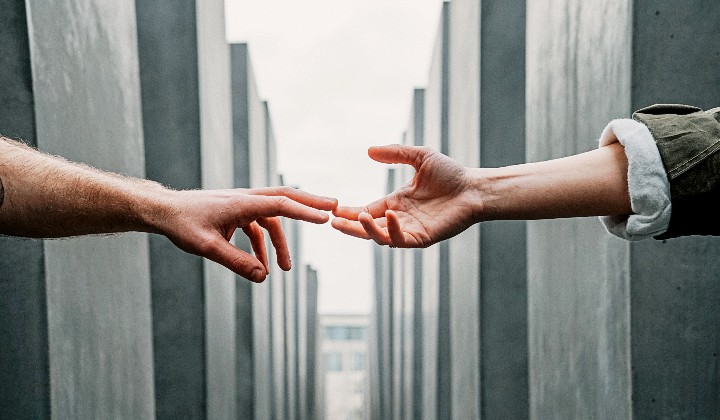 Picture yourself on your way off to nowhere in particular, and as fate would have it, you come by a person standing suspiciously close to the edge of a bridge you so happen to cross.

You have no idea who this person is or what their intentions are, but deep down you know that the individual seems distressed and has the look of someone about to make a life-altering decision.

What do you do? Do you simply turn your head away and move on as nothing happened? Or do you approach the individual and try to offer any assistance that you possibly could?

We could only imagine the thoughts that must’ve gone through the head of one Malaysian who’s empathy and quick thinking managed to save another from the edge of oblivion.

According to the China Press, an unidentified man managed to save a 73-year-old senior citizen from taking his life by jumping off of the Muar Bridge in Johor on Sunday, March 7, 2020.

Reportedly the elderly uncle was suffering from an untreatable illness and had wanted to off himself because of it.

Fortunately, the actions of one considerate youth managed to convince the uncle otherwise and discouraged the old man from making a debilitating or fatal mistake.

Though such stories of kindness and compassion tend to send warm, fuzzy vibes to most who come accross it. Situations such as these do pose a serious question on WTF does one do when confronted with a person with suicidal intentions.

After all, the troubled individual you might come face-to-face with might not be a total stranger and more than often enough, be someone very close and dear to you.

It’s hard not to crack in this pressure cooker of a world we live in today. The trials and tribulations of modern existence do eventually take a toll on a person’s mental and emotional state of being.

According to the World Health Organisation (WHO), nearly 450 million people around the globe suffer from anxiety, depression or some form of mental or neurological disorder. That’s 1 out of every 4 people on the planet.

Moreover, the WHO also reports that close to 800,000 people from around the world die prematurely due to suicides each year. That’s equivalent to 1 soul lost every 40 seconds.

Malaysia seems to echo this gloomy sentiment, as according to the Health Ministry, 29% of Malaysian adults suffer from mental health problems such as stress, depression, anxiety, or develop suicidal thoughts.

National statistics also show that Malaysian men outnumber women by 3 to 1 in the number of successful suicides happening in the country.

Meanwhile, the 2017 National Health and Morbidity Survey (NHMS 2017) pointed out a growing trend in mental health problems as well as suicidal tendencies among Malaysian adolescents between 13 – 17-years old, with 10% of teens having thought about killing themselves.

Additionally, statistics compiled by the Royal Malaysian Police (PDRM) between 2014 to 2018 show more than 500 cases of suicides or attempted suicides happening in Malaysia every year, providing clear evidence that the mental health crisis is becoming more and more prevalent in the country.

And with the proposal to decriminalise attempted suicides still remains uncertain, let’s explore what you can do when faced with someone who’s bent on committing suicide.

Be aware of the warning signs

While not every potential suicidal case is as easy to spot as finding a person about to take a short step off a tall cliff, most people who kill themselves or attempt to take their own life will show definite warning signs of their intentions.

Though these “clues”, to put it one way, might be subtle and unassuming, identifying these hints can make a huge difference between life and death. Warning signs include;

When approaching someone who is deeply disturbed or experiencing emotional and psychological pain, it’s best to not beat around the bush and get straight to the hard questions.

If you think that a person might be on the verge of suicide, ask the person directly if they have the intention of killing themselves or have ever thought about ending their own lives and pay close attention to how and what their answers to the question are.

One way to aid a person in suffering is to simply be available to them.

People with suicidal thoughts tend to have a debilitating fear that the world around them is falling apart and that they are losing grip of their lives and the people around them.

And more than often enough suicidal individuals are usually ambivalent and uncertain of their choice to end their life.

Take time to talk, listen and be attentive to what they have to say and the feelings that they’re brave enough to share with you without being dismissing or judgmental of what they might be experiencing.

Humans are social creatures. We need constant and positive interactions with members of our own species not only to survive but to keep us, for a lack of a better word, sane.

Help troubled individual find the right support systems in order for them to actively work on their problems, whether it be friends, family, colleagues, religious institutions or health professionals.

Help them connect with people that they can safely reach out to for guidance and reinforcement.

If you are aware of someone planning on taking their own life, then a necessary step to take is to remove the individual from any dangerous and hazardous settings.

Find out how the person plans to take their life and separate them from the item, weapon or location that they might use to hurt themselves.

If you believe that a person might in any way be in any immediate danger, then urgently seek assistance from the authorities or emergency response services.

If you are aware of someone who is set on suicide or had previously attempted to kill themselves, then it is best to always try to remain in touch and follow up on the person’s situation.

According to experts, just because a person seems to have overcome a crisis or a crippling mental health disorder does not mean that they are no longer a suicide risk. Many suicides happen during periods improvement where a person gains the will to turn thoughts of despair into physical manifestations of self-destructive behaviour.

Keeping close contact and having open communication with a tormented individual following such crisis can make a great difference on their overall road to recovery as well as their lives.

So in the words of wiser men, “help others to see themselves better than they are until they believe”, and who knows, your small actions could literally save a person’s life.