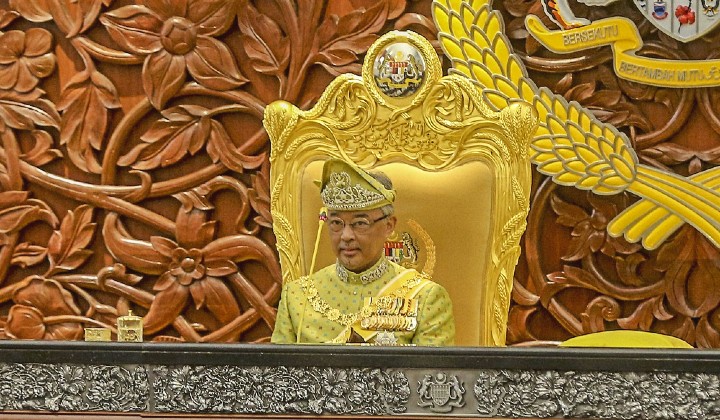 With the collapse of the 20-month-old Pakatan Harapan government, Malaysia is left in a state of bureaucratic limbo.

TRP brings you quick coverage of whatâ€™s happening in the countryâ€™s political scene.

9:42pm – PH rejected Mahathirâ€™s unity government proposal as it would give Dr Mahathir complete freedom and control over deciding the Cabinet. [Malay Mail]

3:38pm – PH to hold a press conference at 4pm. Anwar Ibrahim mentioned that the bipartisan statutory declarations (SD) signed by MPs in support of Dr Mahathirâ€™s candidacy for prime minister were void and no longer valid. [Malay Mail]

3:17pm – The Malaysian Anti-Corruption Commission (MACC) is keeping a close eye on the situation developing in the country and warns MPs and politicians to defer from corruption in a bid to secure power. [Malaysiakini]

2:57pm – PKR secretary-general Datuk Seri Saifuddin Nasution Ismail denied claims that the party had nominated one of its members as the next prime minister. [Malay Mail]

2:17pm – The PH coalition claims that it is still intact after its members concluded their meeting with the YDPA. [Malay Mail]

1:20pm – PH MPs shows signs of switching to support Anwar Ibrahim instead of Dr Mahathir to be the countryâ€™s next prime minister. [Malaysiakini]

1:19pm – Umno and PAS did not reject the idea of forming a unity government with DAP and wants to be part of the â€œen blocâ€ immediately. [Malaysiakini]

1:19pm – Azminâ€™s Eleven meets with the YDPA at the Royal Palace. [Malay Mail]

11:47am – A crowd of mostly PKR supporters gather outside Istana Negara. [Malay Mail]

11:05am – A convoy of PKR MPs arrives at the Royal Palace for an audience with the YDPA. The King is set to interview 132 MPs today to ascertain who commends the majority of the Dewan Rakyat to be named prime minister. [Malay Mail]

It is very appropriate that the â€œHop On, Hop Offâ€ bus is the vehicle of choice for PKR! https://t.co/bVIuDUkDbY