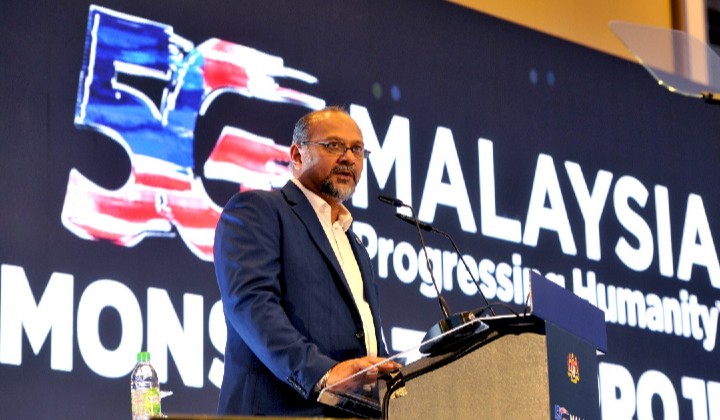 YB Gobind Singh Deo, once Minister of Communications and Multimedia, has now been removed from his position due to the sudden political upheaval in Malaysia.

But before we part ways, let’s take a look at what he’s done for the country so far.

Arguably the ministry’s greatest achievement was being one of the first countries in Southeast Asia to start the groundwork on 5G.

The fifth generation mobile technology (5G) ushers in the new future of internet with an approximate RM12.7bil contribution to the national GDP.

The implementation of 5G is paving a way for Malaysia to usher in the Fourth Industrial Revolution (IR 4.0). We can look forward to more disruptive technologies such as artificial intelligence, robotics, big data, and virtual engineering.

The rapid embrace of 5G technology means that we’re one step closer to a scifi future, where advanced virtual reality overlaps with the real world, making a reality of remote medical surgery or a network of self-driving vehicles.

Since the end of 2018, Malaysians have enjoyed a discount on the price of their internet as well as greater internet speeds.

The country’s fixed broadband packages have increased from 10 Mbps to 30 Mbps, while the price has dropped from RM130 to RM79 per month.

This move made high quality and affordable digital connectivity available for the country’s citizens by removing a monopoly market and introducing more competitive terms from different internet service providers.

In addition to monitoring the prices of internet plans, the ministry had also pushed to be inclusive in all areas of the country, including rural areas.

The idea was that no one should be left without decent internet connectivity. A RM21.6 billion national connectivity plan was approved in August 2019 to bridge the digital divide between urban and rural areas.

The plan also aimed to connect traditional industries to the digital economy. Farmers, fishermen, and the Orang Asli community would benefit from the digital inclusion.

Community hotspots such as schools, hospitals, libraries, police stations, transportation hubs, and post offices will be fitted with mobile coverage from telecommunication towers (supporting up to 5G).

Internet and digital connectivity is basically the future of technology. Whoever the next Minister of Communications and Multimedia is, they will have to pave the way forward into the digital future for Malaysia.