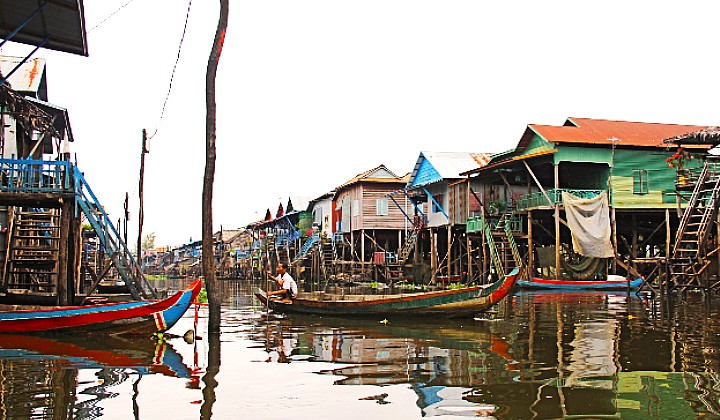 Former Prime Minister Tun Dr Mahathir Mohamad once said that life on the water and the way of the floating villages were outdated and no longer fits the image of a progressive and modern nation that Malaysia strives to become.

However, the country is home to a vast number of these â€œfloating domicilesâ€ located in various parts of the nation, from the humble Bagan Hailam village on the banks of the Klang river, to the enduring Bajau Laut (Sea Gypsies) communities off the coast of Borneo.

But life on the water is not always calm and serene.

Ironically, one of the biggest threats to the â€œaquaticâ€ lifestyle is the everpresent danger of fire.

Many of these coastal communities build their respected lodgings either supported on stilts anchored to the river/lake/ocean bottom or directly floating and adrift on the waterâ€™s surface.

These structures, therefore, need to be buoyant and able to stay afloat which necessitates them to be built using lightweight and usually flammable materials such as wooden planks, bamboo and rattan (among other things).

The floating properties are also usually built in close proximity to each other, where each building is connected together to create a singular man-made island where a blaze can easily spread and engulf an entire village.

The fact that these buildings are homes to actual people also requires them to have basic amenities such as electricity.

Regrettably, a number of the poorer (and sometimes illegal and squatting) floating communities would attain this living essentially by illegal means, carelessly stealing and extending power lines across the village, where one faulty wiring can result in a major catastrophe.

Even the simple act of cooking a meal in one of these combustible homes comes at a risk.

In 2018, close to 200 residents living on the waters of Sabah alone were assessed to be vulnerable fire hazards

That same year, a fire ravaged more than 100 houses in a floating village in Semporna, while nearly 1,000 people lost their homes in a blaze that consumed parts of a village in Kota Kinabalu.

In an effort to address these high-risk, flammable villages, the district of Semporna has set up the countryâ€™s very first floating fire and rescue station.

Equipped with 3 boats to manage a range of tasks, the station will serve as the headquarters for Fire and Rescue personnel and some 20 volunteers firefighters on a mission to put out flames, conduct search and rescue operation (SAR), and Emergency Medical Rescue Service (EMRS) operations at the many floating villages across the eastern, northern and parts of the southwest coast of Sabah.

The station located on the water itself is seen as a means to greatly improve response time during emergencies.

The â€œfloating fire brigadeâ€ will also serve as a point of reference for other states to follow suit and set up their own floating stations to patrol their waterways and coastal villages.

Itâ€™s great knowing that there are efforts to protect the people and preserve the unique and somewhat magical cultures and way of living that exist here in Malaysia.