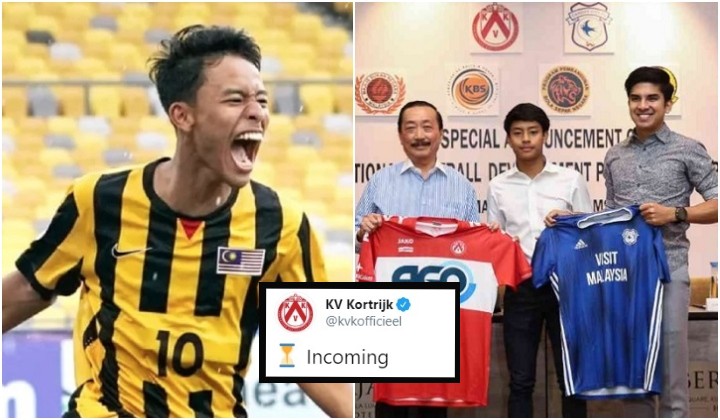 Football has long been a passionate subject among Malaysians.

Those midnight mamak sessions watching football is an integral
part of our culture!

So when news broke last Friday (20th September) that a Malaysian teen was to become the FIRST professional football player in the Europe Top Division with a Belgium club, it kicked off a celebration online!

Luqman Hakim Shamsuddin, a 17-year old from Kelantan, will be joining Belgium football club KV Kortrjik when he turns 18 next year in March.

This would make him Malaysiaâ€™s FIRST ever under-18 professional footballer in the Belgian League, which is ranked 10th by Union of European Football Associations (Uefa).

Before signing the 5-year deal, Luqman will undergo training
with Cardiff City FC in UK from January 2020.

While Malaysians celebrated online by the striking news, it
was the Belgian footballâ€™s club reaction to the news that caught attention.

KV Kortrjikâ€™s hilarious tweet on incoming Malaysians flooding their social media pages scored big amongst Malaysians who pitched in with their own reactions.

With such an amusing start to Luqmanâ€™s European career, we’re sure itâ€™s only going to get better from here.

When Your Friend Takes Your Advice GIF from Davidmann GIFs

[Watch] A Futile Exercise: Draining The Flooded Bukit Jalil Field With A Broom And Dustpan