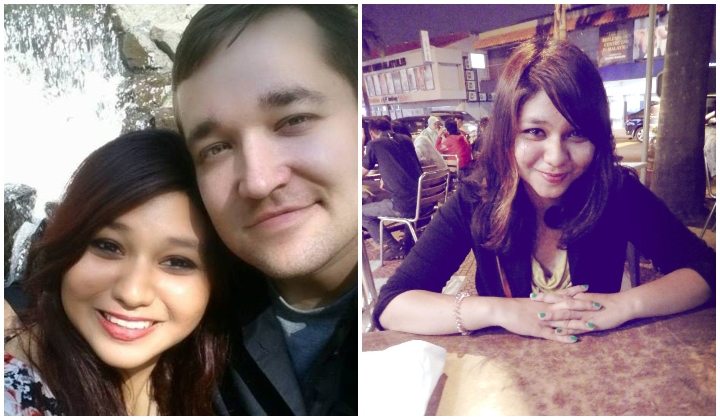 Educational institutions are meant to be havens of knowledge
and fellowship as bright young minds come together to learn and grow.

Sadly, we learn that is not always the case with the shocking news of a Malaysian PhD studentâ€™s suicide after experiencing 8 months of relentless bullying and racism in a US university.

Devastated by her death, The Herald Journal reports that the psychology studentâ€™s family has filed a lawsuit against the university for their lack of action.

Jerushaâ€™s boyfriend, Matthew Bick, is acting as her personal
representative in the lawsuit filed in the US.

In the suit, Jerushaâ€™s family claims that the psychology department did not do anything to address the bullying experienced by Jerusha from another student.

Apparently, Jerusha was bullied by two other psychology
students. Hereâ€™s some of the incidents stated in the lawsuit:

1. Told Jerusha â€œAsians only want to please their parentsâ€ and that â€œAsian names are weird.â€

2. Text Jerusha pictures of Indian foods and memes, asking her whether they were â€œlegitimateâ€ despite Jerusha telling the student multiple times that she was from Malaysia, not India.

3. Also told her that she smelled like Indian food and made fun of her skin colour.

â€œEvery day I dread going to class now because I sit three feet from my white bully.â€

4. Spread rumours that Jerusha was bipolar.

Jerusha wanted to share Malaysian-style comfort through food
after the upsetting results of the 2016 US elections. She offered to drop off
food to anyone who needed a pick-me-up.

Shortly after that, the bully spread a rumor that Jerusha was bipolar because she had been â€œso upset after the election but then made everyone food and was so happy.â€

6. Told Jerusha that she was â€œsecond bestâ€ in the lab and that the other student was going to get the best research assignments.

â€œEncountering racism even in graduate school in psychology reinforced a powerful lesson that I learned my entire life: that I can put a nice suit on, but I can never take my skin off.â€

The saddest bit is that all of this couldâ€™ve been prevented.

Jerusha had gone to the head the department to report the
bullying, telling her that she was â€œafraidâ€ of at least one other student.

Help Me GIF from Help GIFs

But, the head just labelled the issue as â€œa conflict between studentsâ€ and did not investigate even after Jerushaâ€™s death.

â€œI just donâ€™t understand why I matter so little to them.â€
â€œI havenâ€™t been feeling like living and this just confirms that I donâ€™t want this life anymore.â€

Daily Beast reports that Jerusha died of acute carbon monoxide poisoning on 22nd April 2017 and left behind a note with the following words:

â€œI have lived with depression for over half my life, and somehow survived each episode. But each wave of sadness grew darker and longer.

I looked and looked for a lifeline. Until I realized that I didnâ€™t deserve one.

Because [the Department] succeeded at teaching me what poverty, violence, rape, and hunger somehow never didâ€¦ When you dismissed the bullying report, you provided a final confirmation that I did, in fact, not matter.

The innocence of blonde hair and blue eyes could deny, with toxic ease, the â€˜crazyâ€™ ramblings of this dirty brown skin.

Watching the department not only choose to not enact consequences, but to give an award to the sick person who bullied me, was the last nail in my coffin.

My heart was broken.

Please be kinder in the future.

Please send my ashes to my parents.â€

As knowledge of Jerushaâ€™s death and the following lawsuit spread, Utah State University responded with the following:

â€œJerusha Sanjeeviâ€™s suicide was a tragic event that had a huge impact on the Utah State University Psychology Department and on our entire university. She was a promising student, and her death tremendously affected her fellow students, as well as staff and faculty in the department.â€

The university also says that the faculty members of the combined
clinical/counseling psychology program and other administrators worked to Jerushaâ€™s
reports of bullying.

They intervened following Jerushaâ€™s requests and in a manner
that was â€œconsistent with the graduate programâ€™s educational objectives.â€

TRP sends our condolences to Jerushaâ€™s family and loved ones.

If you or anyone you know is struggling with suicidal thoughts, please reach out to Befrienders at +603- 7956 8145. This hotline number is available 24 hours a day.

Customer Behaves Rudely At Pizza Worker, Says He Is A PhD Doctor