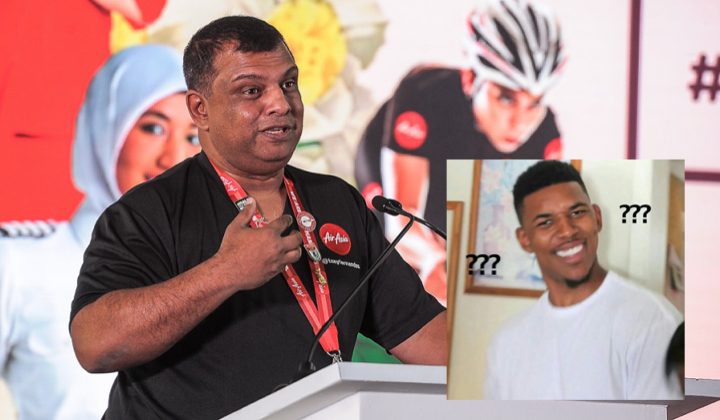 AirAsia CEO Tony Fernandes claimed that the budget airline is on time.

He was speaking during a forum on â€œMy Voice, My Nationâ€ in Bukit Jalil yesterday (June 26).

“I have 15 minutes to speak about my life and like AirAsia, I will be on time.”

He then relayed a short story about how heâ€™s â€œnot always on timeâ€.

According to Tony, during Tun Dr Mahathirâ€™s first stint as prime minister 18 years ago, Tony had an appointment with him. The meeting was to propose initiating AirAsia as a budget airline.

Tonyâ€™s appointment with Dr Mahathir was set at 9.30am. However, Tony arrived three hours earlier, at 6am. To ensure he would not be late for the meeting.

“The man who actually gave me the chance to start AirAsia is sitting in front of me today.â€

During the forum, Dr Mahathir was also present. He too spoke about punctuality.

I beg to differ. I was at the MYY airport waiting to go home to KCH. Original flight was at 6 something in the evening. Took off only at 10 something at night, after a series of delay announcements.

Air Asia flight always on time if you factor in a 2 hour customary delay…..

Delays/changes are such a common occurrence that #airasia has a pre-recorded apology message.. #jokeoftheyear https://t.co/sAKu7NV3pS

This comes after an incident earlier this week where the defence ministry condemned Malaysia Airlines (MAS) for a flight delay that resulted in Defense minister, Mat Sabu, missing his appointment with Dr Mahathir in London.