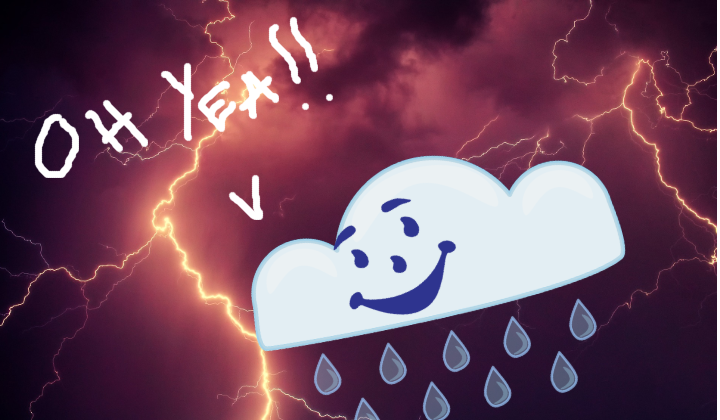 A class of primary school students were left soaking wet after heavy winds blew away the top of their classroom during a rainstorm in Arau, Perlis yesterday. (guess the ones that didnâ€™t shower that morning got lucky…)

The 18 students from darjah tiga were just about to start with their first class of the day when â€˜Mr. Monsoonâ€™ came knocking, giving the whole class a period off.

Fortunately, none of the students were injured.

After being safely evacuated from the affected building and getting some nice, dry clothes. All of them were sent back to class, to continue on like nothing happened. (Younglings can’t get a break?â€¦ guess theyâ€™d just have to wait for Jerebu season)

Though the students were gratefully unharmed during the storm, the school however didn’t quite do so well. It is estimated that the cost of repair for the badly damaged buildings (plural. Another class got blown away too, but it was empty, soâ€¦) will cost about RM150,000.

But good olâ€™ Mr. Monsoon had more surprises in store for the hardworking pupils of Perlis. (when it rain it pours right…)

State department officials are saying that the heavy rainstorms that occurred just that morning, had caused damage to 19 other schools. (no estimate yet to how much that will cost…)

No injuries were reported from the 16 SKs and three SMKs that were damaged. And school sessions are set to go on. (education must continue!)

The storms that lashed several parts of Perlis and Kedah was also reported to have damage six other houses during its reign. (the winds were strong enough to uproot trees guys…)

The Southwest monsoon winds that began in early May is expected to continue till late September with the country set to receive bouts of dry and rainy weather.

Then come September, be ready to welcome Mr. Monsoon in his full force as the monsoon transition is expected to crank up the humidity and bring with it heavy thunderstorms, strong winds and a whole lot of rain.

The Malaysian MeteorologicalDepartment predicts that the country will be pounded by rainfall during the late afternoons and early evenings throughout the season. (traffic jams here we come…)

Best be ready to get wet in the coming months people!

These ‘Hydrophobic’ Wipers Are Designed For Malaysia’s Hot & Wet Weather