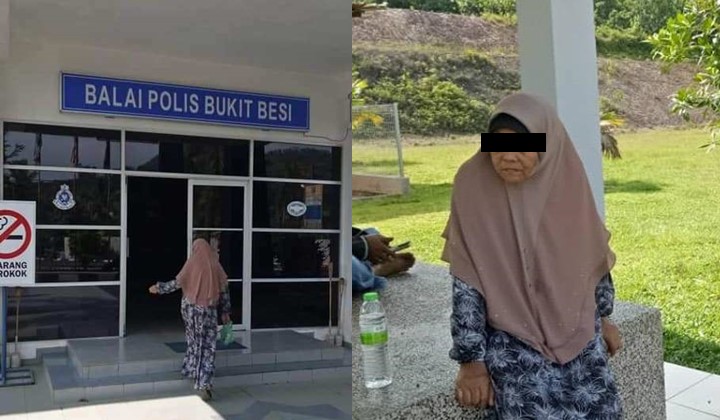 Just a week after a mother forgot her daughter at an R&R, the tables have turned and this time a son forgot his mother at an R&R.

The son was driving his wife and mother home to Kuala Lumpur after their Raya holiday in Bukit Payong, Terengganu.

On the way, they stopped at the Bukit Besi R&R for the wife. While waiting, the son fell asleep. As her son slept, the mother realized that she needed to go as well and left the car.

When the wife returned, the son departed immediately as he wanted to beat the traffic. Neither of them checked to see if the mother was still in the car with them.

The 73-year-old mother returned later, to find that the car was gone. She refused help from the members of the public, but luckily two Road Transport Department staff members chanced upon her and sent her to the Bukit Besi police station.

According to Dungun police chief Superintendent Baharudin Abdullah, the mother had a daughter who teaches in Bukit Payong.

Eventually, a grandson picked her up from the police station and brought her back to Bukit Payong.

As for the son and his wife, they only realized the mother was missing when they stopped for lunch at the Gambang R&R near Kuantan, a whopping 196km away!

Netizens were outraged, but mostly amused.

pundei might be smoking something during raya and we would never want to smoke that shit…
How could someone REALISE ONLY AFTER 200km..HOW LA HOW…!!!!

I wanna laugh but karma might strike back and someone will leave me 200kn behind…https://t.co/c904rWdTQr

Their rushing off cost them even more time, as they had to return back to Bukit Payong to fetch her again.

Always check that everyone is in the car before driving off!