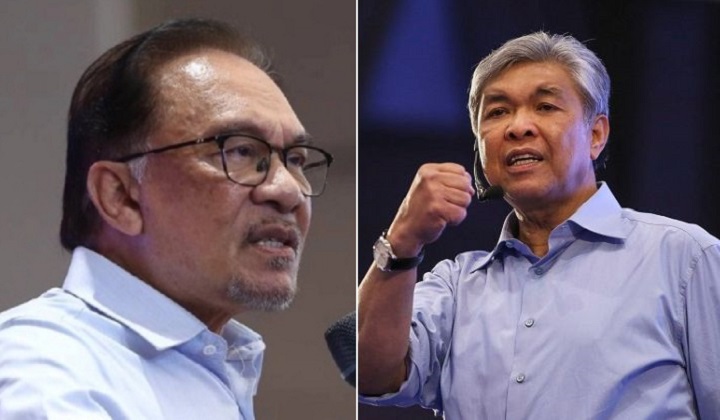 Datuk Seri Anwar Ibrahim of Pakatan Harapan (PH) has finally announced his cabinet line-up after being appointed as the 10th prime minister on Nov 24.

The announcement which initially was said would take place at 5pm happened at 8.15pm.

The strength of this unity government has reached ‘around two-thirds’, Anwar said.

Rumours were rife that Tengku Datuk Seri Zafrul Tengku Abdul Aziz would retain his post as finance minister however this was quashed when Anwar announced that he himself would head the Finance Ministry.

Ahmad Zahid will also take on the Rural and Federal Development portfolio while Fadillah will also hold the Plantation and Commodities portfolio.

Following is the rest of the unity government’s cabinet line-up:

These ministers are expected to take their oath of office at 3pm tomorrow.

Previously, Anwar had told reporters that Malaysia should expect a smaller cabinet following the formation of a unity government led by PH.

The unity government is made up of PH, BN, GPS and Gabungan Rakyat Sabah (GRS).

Berita Harian reported that the prime minister met the King to present the Cabinet list.