The tourism promotion department will be issuing a press statement on the matter at 10am tomorrow. 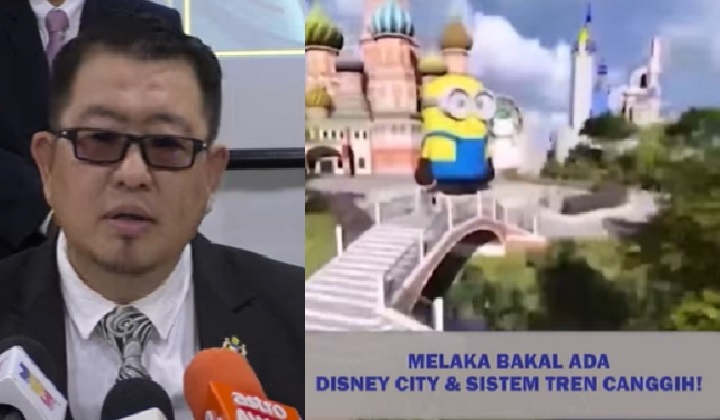 Malaysians were surprised to learn yesterday that Melaka was going to get South East Asia’s first ‘Disneyland’.

However, a CNN reporter, Heather Chen took to Twitter this morning to say that the spokesperson from Disney she spoke to, denied the news.

Jailani, in a YouTube video uploaded by Melaka TV, had said, “I want the people who come to Melaka to have options, apart from going to A-Famosa, they can go to Disneyland to rest, relax and be entertained in this area, Insya-Allah (God willing).”

The video which was the signing of a memorandum of understanding (MoU), was titled “Melaka Bakal Ada Disney City Dan Sistem Tren Canggih” (Melaka to have Disney City and modern train system).

This was taken to mean that Melaka would soon have a ‘Disney City’, however there were no Disney Parks representatives present at the MoU signing event.

Jailani also informed The Rakyat Post that the tourism promotion department will be issuing a press statement on the matter at 10am tomorrow.