The water rose to 1 metre around 5.24am after the family was evacuated. 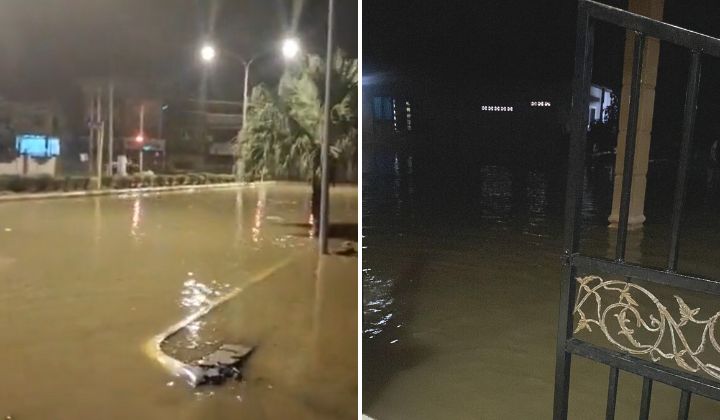 A family of seven in Tanjong Karang, Selangor, was evacuated by the fire and rescue department today morning when their house was inundated with flood waters.

Selangor fire and rescue department director Norazam Khamis said the victims, 4 men and 3 women, have been relocated to a relative’s house.

According to Sinar Harian, the flood was caused by a burst bund which then led a nearby river to overflow.

The fire department received the emergency call around 4.07am and sent eight members with machinery to the scene.

The river water from the burst bund initially overflowed around Tanjong Karang town but did not affect residential areas.

However, the fire department realized the water rose to 1 metre in the Tanjong Karang Public Market area around 5.24am.

As of 6.13am, the water has started to recede and the fire department is continuing to monitor the area.

Norazam advised residents to keep their younger kids from playing in flood waters and to watch out for poisonous animals such as snakes, scorpions, and centipedes, Berita Harian reported.

It’s not the first time a burst bund caused a flood in the area; the latest flooding was the third time.