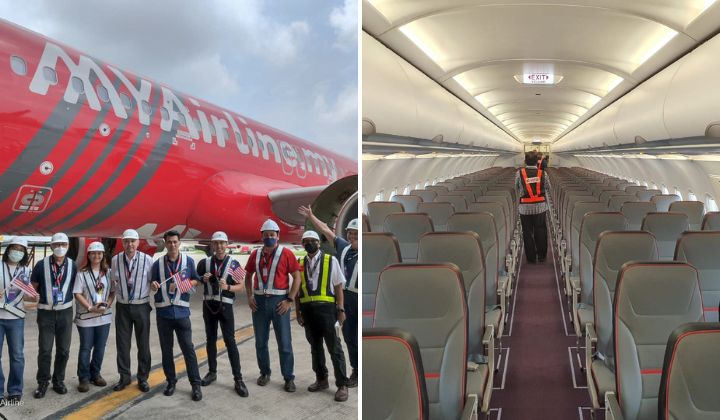 AirAsia might have to compete with another low-cost airline soon. Nikkei Asia reported that a new Malaysia-based low-cost carrier, MYAirline, plans to begin operations by the end of this year.

MYAirline CEO and co-founder Rayner Teo suggested that his company could have the winning edge by selling way cheaper airfares, better real-time customer support and punctual flights. AirAsia must be sweating right now.

We believe we can easily offer cheaper flights based on cost structure.

Based on a report by Malay Mail, MYAirline is starting with an impressive team and managed to recruit a few former AirAsia employees.

The company has recruited Kathleen Tan as MYAirline’s chief executive adviser. She has worked for 13 years with Tony Fernandes. Together with another investor, they led the purchase of AirAsia in 2001.

Joining her is MYAirline’s cabin operations manager Mohd Izwan Razak who worked in AirAsia for 17 years.

Teo himself worked in AirAsia for 15 years until July 2019, leaving as the group head of sales.

He told Nikkei Asia he hadn’t planned to fill MYAirline with ex-AirAsia staff but he had simply recruited those who had lost their jobs or been placed on furlough over the last two years due to the pandemic.

How many planes does MYAirline have?

MYAirline has received a license to operate from the Civil Aviation Authority of Malaysia (CAAM) and plans to start with three secondhand Airbus A320s. The company aims to increase the fleet size to 50 within the next five years.

We have signed some attractive deals with very large lessors.

MYAirline will use Kuala Lumpur International Airport (KLIA) as its central hub and start flying domestic routes before expanding to international flights after a year.

While this sounds like good news for travellers, analysts say MYAirline might face some challenges in competing on cost against established carriers like AirAsia and Malaysia Airlines.

The airline is being marketed as an ultra-low-cost carrier, which is an interesting concept as AirAsia’s average cost per seat is one of the lowest in the industry and hard to beat.

Judging by the increasing number of complaints regarding delayed flights and highly-priced tickets from other airlines, travellers might welcome a new low-cost airline with open arms.

MYAirline Gets Approval To Sell Tickets And Undertake Commercial Flights

AirAsia’s Party In The Air Makes Our Trip To Bali So Lit!