The King is in Singapore while the Prime Minister’s schedule is packed with meetings today. 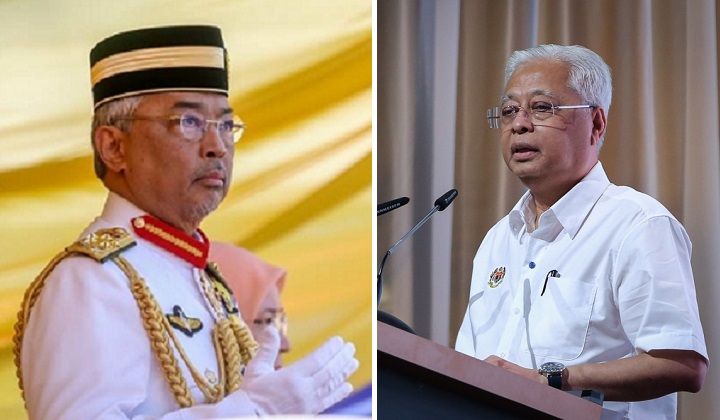 There will be no meeting between Prime Minister Datuk Seri Ismail Sabri Yaakob and the Yang Di-Pertuan Agong Al-Sultan Abdullah Ri’ayatuddin Al-Mustafa Billah Shah today as claimed by certain quarters.

According to Free Malaysia Today, the King is currently not present in the country.

“(It’s) fake news. Tuanku is still in Singapore,” Comptroller of the Royal Household Ahmad Fadil Shamsuddin was quoted by the news portal.

FMT also stated that the Prime Minister himself is packed with meetings today, while the third Parliament session of the year also begins today.

Similarly, Utusan Malaysia also reported that there has been no meeting scheduled between the Prime Minister and Agong.

“Usually the Prime Minister will deal directly with His Majesty, and only after that we are told about it. But for now, there has been no information,” the Malay daily reported quoting a source within the palace.

Previously, it was rumoured that Ismail will seek an audience with the Yang di-Pertuan Agong today to call for the dissolution of the Parliament. This was attributed to sacked former UMNO member and blogger Datuk Zaharin Mohd Yassin.

UMNO had repeatedly called for the dissolution of Parliament to pave way for an immediate General Election.

The party’s supreme council had last Friday agreed for Ismail to present a few potential dates to dissolve Parliament by this year to the Yang di-Pertuan Agong.

The current Parliament term will expire on 6 July 2023.

In accordance with the Constitution, the 15th general election must be held by mid-September next year at the latest.