Rapid KL said it was the second time it happened and urged everyone to do their part to keep public transport clean. 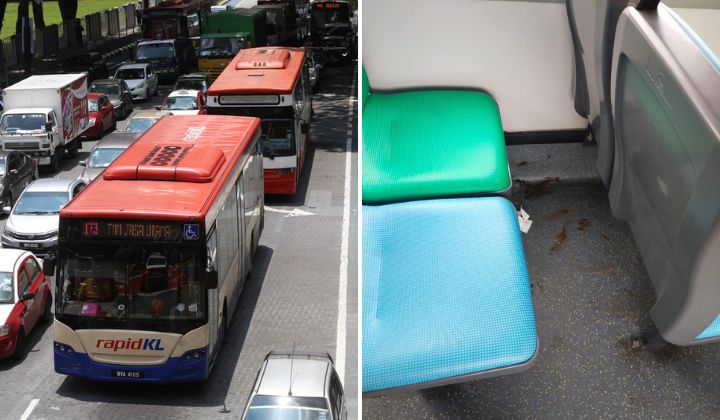 Rapid KL made a smelly discovery in one of its buses and has urged the public to keep the buses and trains clean.

The company uploaded a picture on Facebook showing smears of human excrement on the bus floor. Hopefully, none of it got onto the seats.

According to Rapid KL, this has been the second time it happened. Eww!

Netizens started speculating who was the possible culprit since most Malaysians do not use public buses.

Some believe it could be a child who wasn’t wearing diapers and accidentally defecated on the bus.

A few of the netizens also think it could be someone, whether children or the elderly, who had a bad stomach ache and couldn’t hold it in.

They added that it could be someone mentally unwell travelling on the bus too.

In order to prevent this from happening again, the netizens suggested Rapid KL install CCTVs on the train to catch the culprit.

A netizen also jokingly added that the authorities should take a swab of the excrement for DNA testing to identify the person.

Here’s to hoping it never happens again because it’s not a sight anyone wants to see!

LRT Schedule To Have 12min In Between Trains, Gets Flack From Netizens