No member nations of Interpol have reported the sight of Jho Low since a Red Notice was issued in 2018. 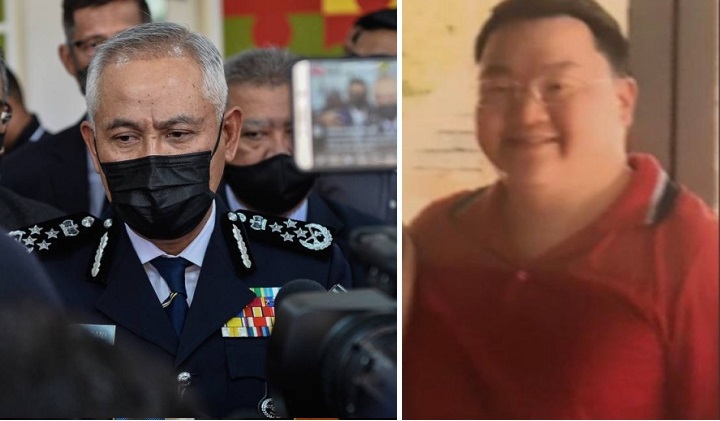 Malaysia has yet to issue a formal extradition request for fugitive businessman Low Taek Jho as no country has reported of his whereabouts to Interpol, says Inspector General of Police (IGP) Tan Sri Acryl Sani Abdullah Sani.

Acryl said that the Royal Malaysia Police has obtained a Red Notice from Interpol for Low, better known as Jho Low, for his involvement in the 1MDB scandal, since 2018

“Thus far, no extradition request can be made as no member nations have reported sighting Low Taek Jho in their country,” he was quoted as saying by Malay Mail.

Acryl also added that effort to track Jho Low, who is facing criminal charges in Malaysia, Singapore as well as the United States, is still ongoing.

Jho Low has been identified as the mastermind behind the 1MDB global corruption scandal.

Najib is now serving his 12-year prison sentence in Kajang Prison. He is also facing four other criminal charges related to the 1MDB scandal.

Previously, award-winning journalists Tom Wright and Bradley Hope, who co-wrote the ‘Billion Dollar Whale’ book, claimed that they have knowledge of Jho Low, the subject of their book, whereabouts.

In 2019, on the run from Malaysian and U.S. authorities, Jho Low enjoyed a trip to Shanghai Disneyland with friends. Evidence is pouring in: https://t.co/2oH4ISzAEc #whereisjholow pic.twitter.com/ZeF9OUGRb5

Wright also shared a picture on Twitter purportedly showing Low was enjoying 2019 Christmas Eve in Shanghai Disneyland with a couple of friends.

He claimed that he and Bradley were informed by a source from the Malaysian government that Low has been hiding in China for the last few years.

READ MORE: “If He Knows Where He Is, Why Didn’t He Report To Us?” Asks Home Minister On Jho Low’s Supposed Whereabouts