Seremban would be one of the hottest seats in GE15 if Khairy Jamaluddin were to contest in the constituency, says the incumbent Seremban MP Anthony Loke. 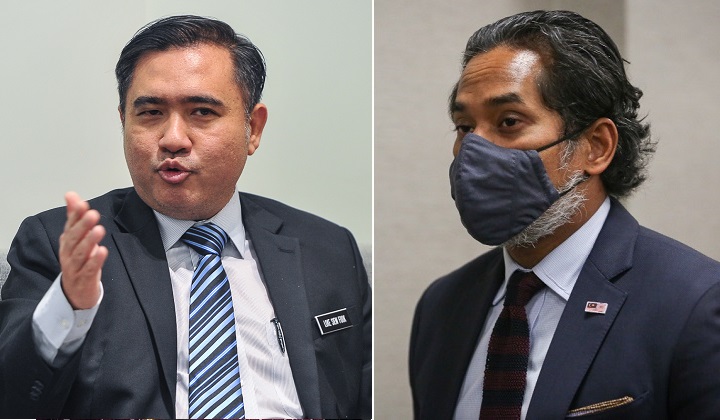 DAP secretary-general and incumbent Seremban MP Anthony Loke cherish the possibility of taking on Health Minister Khairy Jamaluddin Abu Bakar if the latter were to contest the Seremban parliamentary seat in the next general election.

In his Facebook posting earlier today, Loke said that Khairy, popularly known as KJ, is a political figure with a strong capability and would be a formidable opponent no matter which constituency he stands in the 15th general election (GE15).

“If it is true that he is contesting in the Seremban Parliament, then the competition will be fierce and will be one of the “hottest” seats in GE15,” he said.

However, Loke said that he is ready to give Khairy a run for his money if it is true that he will contest in Seremban in the next GE.

“Let the voters evaluate and decide whether I remain qualified to represent their interests in the Dewan Rakyat,” he said.

Yesterday, Khairy said that he might not be contesting in the next general election as the Rembau seat he held since 2008 is being eyed by UMNO deputy president Datuk Seri Mohamad Hasan.

According to Khairy, Mohamad had sent a message to him “to get out of the way” as he intends to contest the Rembau parliamentary seat in the next general election in order for him to play a role at the federal level.

Mohamad or Tok Mat, is the Rembau UMNO division chief, and was a three-term Negeri Sembilan menteri besar. He was also the Rantau assemblyman since 2004. Rantau is one of the four state seats inside the Rembau parliamentary constituency.

“The worst-case scenario is that I don’t contest, it’s fine. It’s okay, I’m alright,” Khairy was quoted as saying by The Star.

READ MORE: “Don’t Drop KJ, He Is An Asset To BN” Reezal Merican On Health Minister Giving Way To Tok Mat In Next GE

Former Health Minister Datuk Seri Dzulkefly Ahmad said that despite their differences, it is sad news to hear that a leader of Khairy’s statue is being displaced by an old leader.

“But to hear of younger leader ‘displaced’ by Baby-Boomers doesn’t augur well for the bigger-longer interest of Malaysia already experiencing a dearth of competent-dynamic leaders,” the Kuala Selangor MP tweeted.

Did we hear it correctly @Khairykj ?
We may hv our differences, no qualms abt it. But to hear of younger leader 'displaced' by Baby-Boomers doesn't augur well for the bigger-longer interest of 🇲🇾already experiencing a dearth of competent-dynamic leaders😔https://t.co/hd3jILpVhe

Khairy has been the Rembau MP since 2008. Several seats had been linked to Khairy should UMNO decide to shift him from the Rembau parliamentary constituency, including Seremban, Port Dickson and Putrajaya.