UMNO No. 2 Mohamad Hasan is said to be eyeing the Rembau parliamentary seat to contest in GE15 as he intends to play a role at the federal level next term. 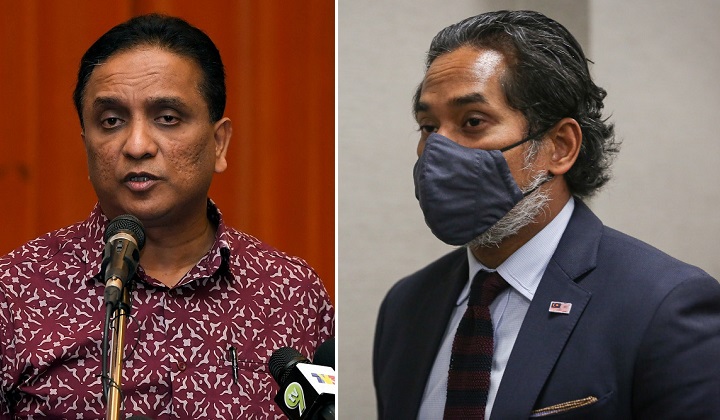 The Kepala Batas MP considered Khairy, popularly known as KJ, as an asset that could help BN secure support, especially from the younger voters.

“The voter demographic change after Undi18 is dynamic and KJ has his own aura that can maintain the winning momentum for UMNO and BN,” Reezal, who is also the Housing and Local Government minister wrote on his Facebook last night.

“Although he is not perfect, I am confident Khairy’s ability and leadership qualities will continue to be a significant political asset for Umno in the coming general election,” Reezal added.

Reezal was responding to Khairy’s statement that he might not be contesting in the next general election.

Khairy, who is also the Health Minister, yesterday said that he was informed by UMNO deputy president Datuk Seri Mohamad Hasan to “get out of the way”.

According to The Star, Mohamad, who is also the Rembau UMNO division chief, had informed Khairy that he intended to contest the Rembau parliamentary seat in the next general election.

“The worst-case scenario is that I don’t contest, it’s fine. It’s okay, I’m alright,” Khairy was quoted as saying.

Khairy, who had been the incumbent Rembau lawmaker since 2008, added that he is leaving it to the party to decide on his candidacy for the next general election.

Several seats had been linked to Khairy should the party decide to shift him from the Rembau parliamentary constituency, including Seremban, Port Dickson and Putrajaya.

Mohamad or Tok Mat, was a three-term Negeri Sembilan menteri besar and has been the Rantau assemblyman since 2004. Rantau is one of the four state seats inside the Rembau parliamentary constituency.

On Saturday, Mohamad told reporters during an event at Rembau that he is planning to contest in a parliamentary constituency in the next general election in order for him to play a role at the federal level.

He however stops short of naming the parliament seats that he is looking to contest in GE15.