Alesyah Asa previously made it into the Top 50 list back in July 2022. 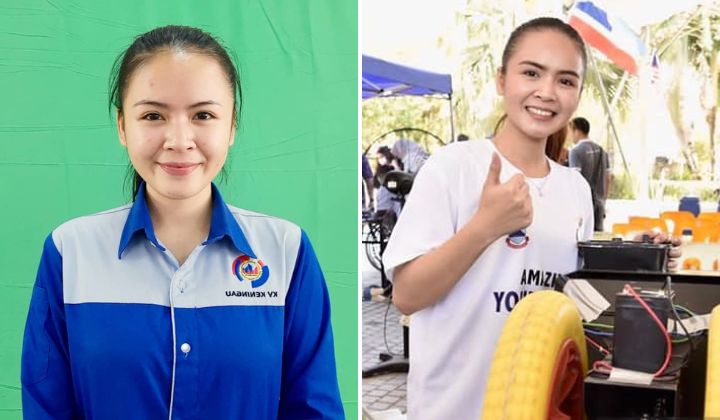 20-year-old Alesyah Asa from Sabah has been named a top 10 finalist for the Chegg.org Global Student Prize 2022.

The construction technology student from Keningau Vocational College is now a step closer to the US$100,000 (RM448,400) award.

The winner of the Global Student Prize is expected to be announced later in the year.

Previously, Alesyah made it into the Top 50 list out of 7,000 nominations and applications from 150 countries.

She told NST that she plans to invest the award money into Eureka Hub – her science, technology, engineering, arts and mathematics (STEAM) project which will train peers and teachers in robotics, drones, 3D printing and entrepreneurship.

She also intends to improve school infrastructure and further develop her project on tackling Covid-19 misinformation.

According to The Star, Chegg chief executive officer and president Dan Rosensweig said it was important to highlight Alesyah’s efforts.

Students like Alesyah deserve to have their stories told and have their voices heard. After all, we need to harness their dreams, their insights, and their creativity to tackle the daunting and urgent challenges facing our world.

The highly accomplished lass has a string of international recognitions such as the STEAM Chapter of The Awesome Foundation competition in the United States.

She was given the award by the Yang di-Pertua Negeri Tun Juhar Mahiruddin during the celebration at Padang Merdeka in Kota Kinabalu yesterday (31 August).

The special National Day Awards was introduced by the state government this year to acknowledge Sabahans who excelled at the international level.

Alesyah was selected from among 50 Sabahan youths who made Sabah proud worldwide.