Her tenacity has opened a wide range of opportunities for underprivileged students in areas they previously had limited access to. 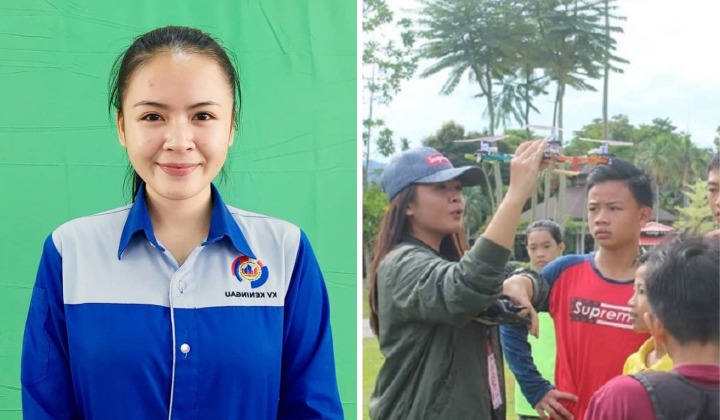 An undergraduate from Keningau Vocational College in Sabah, Alesyah Asa, has made the country proud by earning a spot as one of the 50 finalists for the Chegg.org Global Student Prize 2022.

NST reported that Alesyah, a construction technology student, is the sole Malaysian finalist for the prestigious annual award for students who make a huge impact on learning, their peers and society.

I am so excited. I did not expect to get into the top 50 out of almost 7,000 nominations and applications from 150 countries. The result was announced yesterday on the competition website.

She told NST that she hoped to make it to the top 10 and win the highly coveted Global Student Prize 2022.

If she wins, she’ll receive the US$100,000 award and plans to use the monetary award to invest in Eureka Hub.

She also intends to further develop her project on tackling Covid-19 misinformation.

On the Prize’s official website, Alesyah is said to have risen above various stigmas, stereotypes and economic hurdles associated with her life as a woman who lived in a rural area of Malaysia.

She successfully promoted innovation, science, technology, engineering and mathematics (STEM) education and inclusivity in her school and community.

Her mission to inspire women to excel in male-dominated fields also spurred her to lead school initiatives in STEM-related activities, focusing on vocational students and special needs learners.

Due to her tenacity, Alesyah has opened up a swathe of opportunities for underprivileged students in areas they previously had limited access to.

Her achievements include successfully getting more female students to represent the school in innovation contests.

Some of her school’s special needs learners were also nationally recognized as pioneers in using sign language to present their projects in national and international competitions.

In 2020, she led her team to win an information literacy hackathon organised by Unesco. The team later received a STEAM grant from the Awesome Foundation (Boston) for its technology-based workshop series.

Previously, Samuel Isaiah, a Malaysian teacher known for his incredible work in educating Orang Asli children, was a top 10 finalist for the prestigious Global Teacher Prize.