The rumour claims that VIP inmates get to enjoy better facilities while carrying out their sentences. 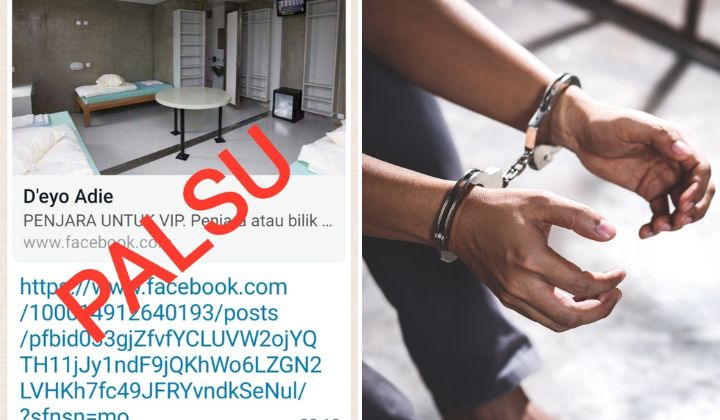 Former prime minister Datuk Seri Najib Razak was sent to prison for 12 years and faced a fine of RM210 million after he was found guilty by the Federal Court yesterday (23 August).

It didn’t take long for rumours about VIPs getting different treatment as compared to other inmates from making their rounds.

The rumour claimed that VIP inmates get to enjoy better accommodation and facilities in prison such as getting television, internet, air conditioning, books to read and a high-quality mattress to sleep on.

The netizen who allegedly started the rumour claimed that the food cost for VIP inmates is also different.

The person claimed that normal inmates need to pay RM30 per day while VIP inmates can fork out between RM100 to RM150 per day depending on the inmate’s need.

All of this ‘special treatment’ can be allegedly requested through the inmate’s lawyer.

In response to the rumours, the Malaysian Prison Department refutes the claims in the post.

According to the Facebook post, they also urged others not to believe the false statement made by the netizen.

Where is Najib now?

According to reports, Najib is currently serving his prison sentence in Kajang Prison. He allegedly left a heartfelt note for his family on the table before heading to prison.

READ MORE: Najib Stays Active On Social Media Despite Being In Prison, Leaves Heartfelt Message For His Family