27 games from the 2022 Qatar FIFA World Cup will be televised live – including the final match – while the remaining 14 games will be delayed broadcasts. 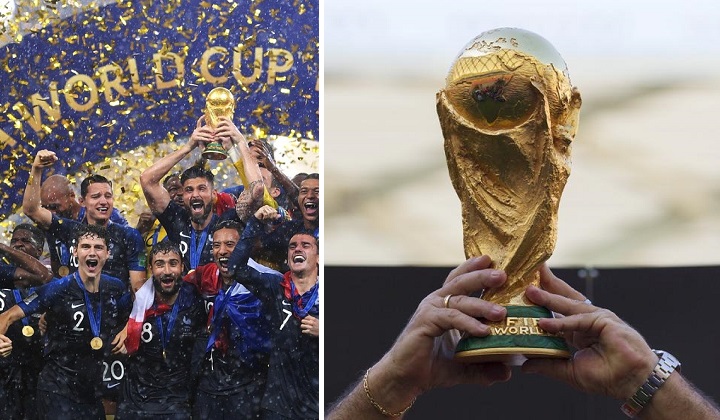 41 out of the total 64 matches to be played in the upcoming 2022 FIFA World Cup in Qatar will be broadcasted by Radio Television Malaysia (RTM), including the final match, reported Bernama.

RTM will broadcast 27 live matches from Qatar – as well as the final game – while 14 other matches will be televised in delayed broadcasts, which involved 130 hours of airtime.

The games will be broadcasted on TV2, TV Okey and Sukan RTM and live-steamed via RTM Klik.

The opening game between Qatar and Ecuador will be the first live match to be broadcasted by RTM on 20 November.

According to Communications and Multimedia Minister Tan Sri Annuar Musa: “RTM will broadcast matches involving high-ranking countries that have many fans in Malaysia.”

The programme was held in conjunction with the appointment of RTM as an official broadcaster of the Qatar World Cup.

Anuar also said that it would cost RM32.5 million to televise these 41 matches and called for private companies and government-linked companies to help share the cost.

They will be joined by 12 guest presenters comprising of former players and coaches.

Anuar also said that RTM had bid for the rights to air the World Cup matches since the 2002 edition which was held in South Korea and Japan.

This year’s world cup edition will be played a day earlier to allow for host Qatar to play in the first match.

READ MORE: 2022 World Cup To Kick-Off A Day Earlier Because Qatar Wants To Play The First Match Of The Tournament

Several UMNO Heavyweights To Be Dropped For GE15?