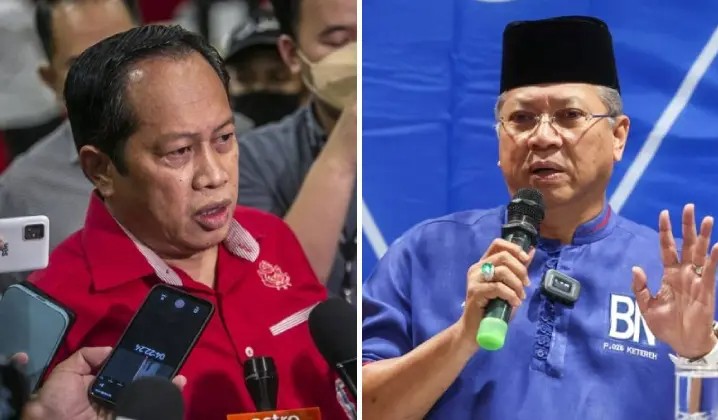 The three were accused of insulting the party and campaigning against it in GE15.

This was confirmed by UMNO Secretary-General Datuk Seri Ahmad Maslan when he informed that one of those sacked was former Member of Parliament for Ketereh, Tan Sri Annuar Musa.

Apart from Annuar, two Wanita division heads; one in Perlis and the other in Pahang were stripped of their membership as well.

As reported by Berita Harian, Ahmad Maslan said that the UMNO Supreme Council took the action in accordance with clause 10.6 of the Constitution, which gives the party the right to revoke the membership of any of its members.

This clearly includes if an UMNO member is proven to have violated Clause 20.9 of the party’s Constitution as well as matters regarding members’ code of conduct.

“Their dismissal is effective immediately and the official letter of membership stripping will be sent today,” he told the media after inspecting the Khatan Perdana Program of the Kampung Jawa Ulu Mosque, in Pontian on Friday morning, December 9.

Shamsiah and Fatimah had been suspended since last month after they were found to be directly or indirectly involved in supporting the candidate of the opposing party in the 15th General Election (GE15). Their husbands Shahidan and Ismail won GE15 on the Perikatan Nasional ticket.

He even made an exclusive disclosure claiming that the BN leadership led by Zahid had actually been planning to go solo in GE15 for a long time so that they could appoint Pakatan Harapan (PH) Chairman, Datuk Seri Anwar Ibrahim to become Prime Minister.

On Facebook, Annuar Musa posted a cryptic message this morning, which could have been referring to UMNO.

He said that he had a dream that his inherited house was on fire. He loved the house and tried saving it from burning down. But at the time of the raging fire, a lot of people saved themselves by escaping and he was pulled out too.

Then he had no choice but to watch the house burn down from the outside.