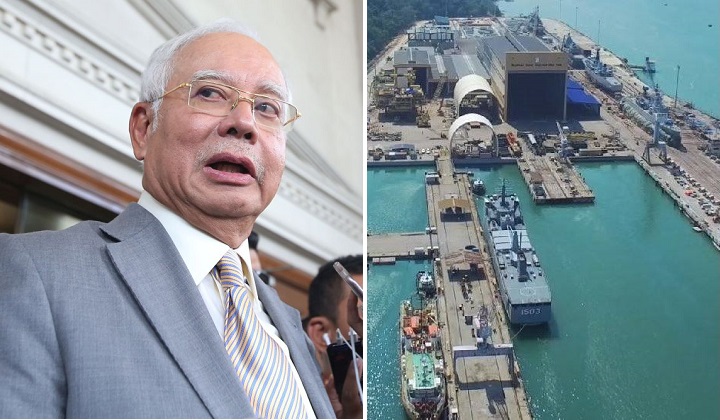 “But I had accepted that LTAT as my crony because the armies and the rakyat are my cronies,” Najib was quoted by MalaysiaKini.

The Pekan MP said this in his Facebook update yesterday, where he was responding to DAP Publicity Secretary Teo Nie Ching who urged him to explain why BNS was given special treatment by the government on the project.

The LCS project was awarded to BNS in 2013 through direct negotiation when the former prime minister was also helming the finance ministry portfolio.

BNS was supposed to build 6 LCS for the Royal Malaysian Navy (RMV) with five of those ships supposedly already being completed this month. However, none of those ships had been delivered to RMV despite the government already forking out RM6.083 billion so far.

Teo had also questioned why the contract between the government and BNS only stipulated that the liquidated and ascertained damages (LAD) for the LCS project is capped at RM180 million.

The Kulai said that the Parliament’s Public Accounts Committee (PAC) report stated that the government is entitled to RM116.54 million by 31 December 2019 alone since the project is already 245 days behind schedule back then.

Based on that calculation, the LAD can reach as high as RM582.12 million on 31 July this year.

Najib, however, said BNS were treated as such as he wants Malaysia to be proficient and capable to build and maintain local warships without relying on foreign expertise to strengthen the nation’s defence.

He also added that BNS is a capable contractor to deliver the ships stipulated under the contract.

“Because BNS is the only one in Malaysia that has a dockyard with equipment for the construction of TLDM (Royal Malaysian Navy) ships after they took over, built and handed over NGPV ships to TLDM.

“If we don’t give the project to Boustead and LTAT, who do we give it to? Vincent Tan? The Penang tunnel company? Amin Shah again? Or buy it directly from another country?” he questioned.

Najib also pointed out that the contract led to the creation of hundreds of jobs that benefits the locals.

“As the CEO of LTAT commented yesterday (Tuesday), the LCS project built in Malaysia opens up technical and engineering work opportunities for nearly 3,000 engineers, over 400 local vendors in various fields with a project value of over RM4 billion and thousands more jobs in these vendor companies,” he said.