The toddler ran across the busy road before his father could stop him. 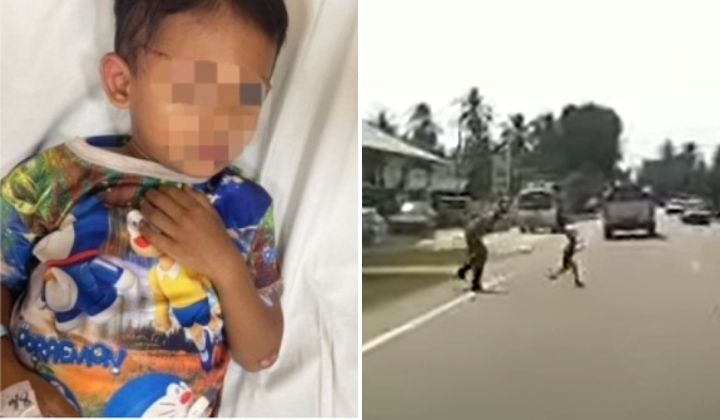 A 3-year-old boy broke his bones and suffered bodily injuries after he ran across the street and was hit by an oncoming car.

The dashcam video showed the boy dashing across the road before his father could stop him.

The oncoming car couldn’t swerve in time and hit the boy. The same car then hit a Perodua Myvi on the opposite side of the road.

According to Berita Harian, the male driver who accidentally hit the boy was heading towards Pengkalan Chepa from Besut in a Proton Exora.

After swerving to avoid the boy, the Exora entered the other lane and hit a Perodua Myvi. Both drivers, fortunately, escaped uninjured.

The case is being investigated under Section 43(1) of the Road Transport Act 1987.