The highly anticipated Thor film will not be screened in cinemas here. 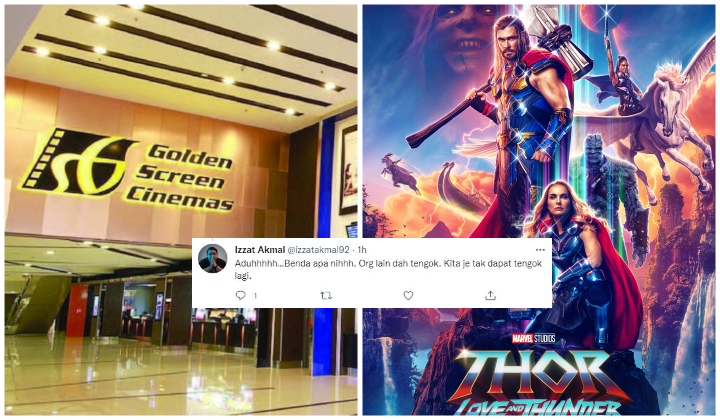 Disney has updated that Marvel Studios’ Thor: Love and Thunder will not be released in Malaysia after all (we saw it coming, didn’t we?).

Although no official reasons were given, Malaysian netizens have inklings as to why the movie is ‘banned’ from showing in the nation.

Some of the speculations include depictions of LGBT, a bit of nudity and god-like beings of other religions in the film.

The main reason, I think, after seeing the whole movie – is the portrayal of Gods and God-like beings.

Add that to an already conservative country trying to be Iran 2.0 …. pic.twitter.com/eNGHk124pW

Because Thor is a god? The censored butt scene? 1 character is a lesbian? All of the above?

Thor: Love and Thunder premiered in the United States on 8 July but faced delays regarding its screening date in Malaysia.

On 13 July, Disney updated the release of the film as ‘To Be Announced,’ putting the film on an indefinite hold to be screened in Malaysia.

Disney’s final decision not to screen Thor: Love and Thunder in the nation will be a blow to many Marvel fans who have been eagerly waiting for the film.