The community project will be placed under DBKL’s Local Agenda 21 programme. 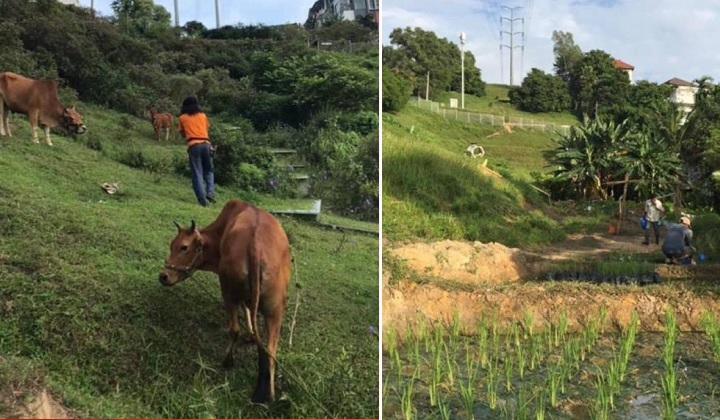 “It is now status quo for the farm, but we will iron out issues related to the farm animals on the ground,” he was quoted as saying.

Sulaiman added that the urban farm too would be placed under its Local Agenda 21 programme which facilitates the engagements between the City Hall and local communities as well as the private sectors.

“We will continue to monitor their operations and iron out issues as they crop up.”

The previous TOL license given to the Kebun-Kebun Bangsar, which had been in operating since 2016, lapsed in 2018.

The community project garden had been issued a final eviction notice on 23 June for violating its TOL terms by erecting permanent structures and rearing livestock on the land that was reserved for Tenaga Nasional Berhad (TNB).

READ MORE: Kebun-Kebun Bangsar Gets Eviction Notice A Few Weeks After It Was Praised By PM

There also have been complaints that were lodged via verbal and written reports towards the Federal Territories Land and Mines Office regarding the farm, which had been dubbed as a nuisance by disgruntled quarters due to the odour, flies and noise coming from the farm.

Lembah Pantai MP Fahmi Fadzil, who engineered yesterday’s meeting said that the current law that bans the use of land under electrical pylons should be amended to allow for socially beneficial projects such as Kebun-Kebun Bangsar.

Meanwhile, Kebun-Kebun Bangsar founder Ng Sek San said they are grateful for the decision and looking forward to furthering collaboration with the authorities in the future.

Yesterday’s meeting was also attended by residents and representatives from TNB and the Land Office, who explained that they were in support of the project.

They however said that the animals were not allowed to stay at the farm.