Arumugam said that he has never spoken to Alex, nor does he is aware of the proposed event where Alleycats will be invited to perform. 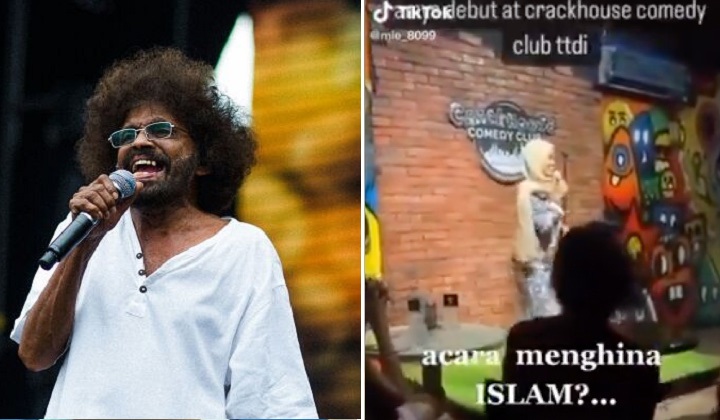 Alleycats founder Datuk David Arumugam had filed a police report after learning that his band had been associated with Alexander Navin Vijayachandran and Siti Nuramira Abdullah, better known as Alex and Amy.

According to The Vibes, Arumugam denied knowing the couple, who reportedly planned to invite the band to perform in a proposed sex-related event at a music venue Merdekarya in Petaling Jaya.

“I am unaware of this plan (for the event). I don’t know this person (Alexander) as I have never spoken to him. I have filed a report on the matter.

“I am very surprised and disappointed that my group (Alleycats) has been named (in this ordeal),” Arumugam was quoted as saying.

He said that he was alerted by the couple dropping his band’s name when his friends sent him various media clips on the matter.

Alex and Amy had previously courted controversy after the latter’s performance at the Crackhouse Comedy Club, which was recorded on video showing her removing her headscarf and clothing, revealing her skimpy tight top and miniskirt which she wore underneath.

Prior to removing her clothes, Amy introduced herself as a Muslim who has memories 15 chapters of the Quran.

The 53-second video had since gone viral on social media which caused a stir among netizens and led to the call for Crackhouse Comedy Club to be shut down.

The club had since been ordered to be temporarily shut down after the authorities found that it has been operating without an entertainment license.

In support of Crackhouse, Merdekarya shed some light on the couple’s behaviour via a lengthy Twitter thread, where their plans to organise a sex-related event which purportedly include a performance by Alleycats was revealed to the public.

Merdekarya however rejected the proposal, which allegedly angered Alex and Amy.

Amy yesterday, at the Kuala Lumpur Sessions Court, pleaded not guilty to the charge of Insulting Islam during an open mic comedy skit at the Crackhouse Comedy Club in Taman Tun Dr Ismail.

The charge was made under Section 298A(1)(a) of the Penal Code, which relates to deliberately causing disunity, ill will, or hatred on the grounds of religion.

Alex meanwhile was charged at the Petaling Jaya sessions court with two charges under Section 233 of the Communications and Multimedia Act 1998, for improper use of network facilities by making and initiating the transmission of offensive videos.