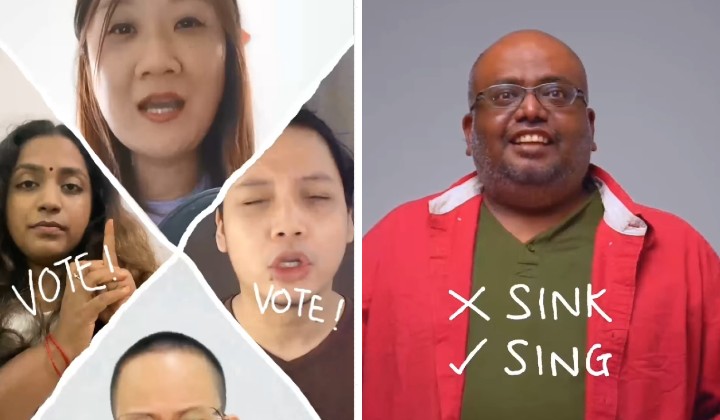 Comedy makes us laugh, but good comedy also makes us think. Comedians may spin jokes on stage, but it doesn’t mean that they only know jokes.

Just ask some of our most popular Malaysian comedians, who have banded together to create a PSA with one simple message: go vote.

13 of your favourite comedians such as Harith Iskander, Dr Jason Leong, Kavin Jay, Sim Tong, Douglas Lim and more dropped their unserious act to speak about a serious topic.

It’s your right, and you already have so few rights!

Don’t Let Malaysia Sink, say the comedians, as they highlight the importance of making a stand and sending in your ballot.

The video was posted by Crackhouse KL, a comedy club that was thrown into the news earlier this year. A controversial clip uploaded by budding comedians kickstarted a drama that involved police reports, jailtime, death threats, and the eventual permanent closure of the comedy club which had been the cornerstone of Malaysian stand-up since 2014.

Crackhouse KL is but one of the millions of organizations, companies, and individuals affected by our government. The next government will affect everything from policies to the future of the country, so there’s no reason for you to not care.

You may not care about politics, but politics cares about you.