The Kedah menteri besar said that the no punishment guidelines of students practiced in Western countries are not suitable for Malaysian schools. 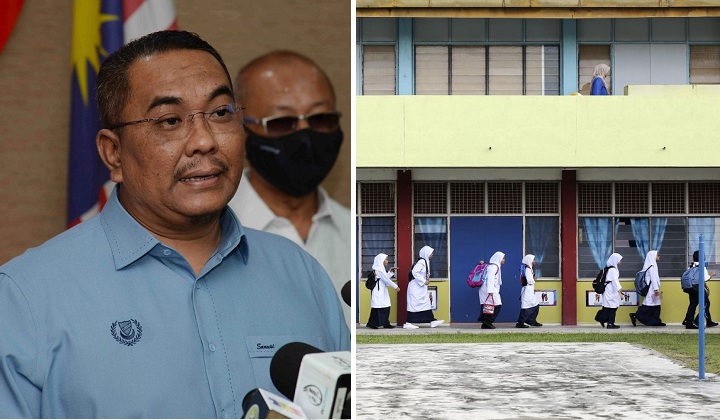 Kedah Menteri Besar Datuk Seri Muhammad Sanusi Md Nor disagreed with the idea to remove the power from school teachers to punish students.

New Straits Times reported that Sanusi said that the suggestion would defeat the purpose of schools in preparing an educated future generation.

He said that while it may be suitable for other western countries like United States of America and Finland to adopt the no punishment guidelines, the same does not work in Malaysia.

“I think if students can’t be fined, can’t be caned, can’t be reprimanded and we can’t scold them, we are just inviting danger into the (education) system.

“Maybe there are great experts who say that we can’t do this and we have to do that, but in my opinion, we will be reduced to just breeding ‘ayam daging’ (broiler chickens) in schools.

“I don’t know how the education minister will respond. It is up to him, but I am of the opinion that we shouldn’t be breeding ‘ayam daging’ in schools. We need to produce educated people in schools,” he was quoted as saying.

He said this after opening a workshop on Enhancing Operational Engagement of Community Parents and Private Sector with the Parent-Teacher Associations in Kedah schools at the Universiti Utara Malaysia (UUM) in Sintok yesterday.

Punishment must be in moderation

He however said that teachers too must not go overboard when dishing out punishment to their students.

“For example, teachers shouldn’t be punishing students to do 100 squats until their thighs get sore.

“We need moderation. What is important is for the students to learn from their mistakes,” he said.

He also added that the education system in each country should be founded based on local cultures and backgrounds and not based on a universal system that was practised in Western countries.

In May, a female Foon Yew High School in Kulai, Johor student had to be rushed to the hospital after she suffered breathing difficulties and chest pains after her school teacher punish her whole classroom by making them run 30 rounds around the school’s volleyball court with a facemask.

This prompted the National Union of the Teaching Profession (NUTP) secretary-general Wang Heng Suan to urge the Education Ministry to update guidelines for student punishments in line with today’s standards.