The whole class was told to run 30 rounds around the volleyball court for not completing their homework. 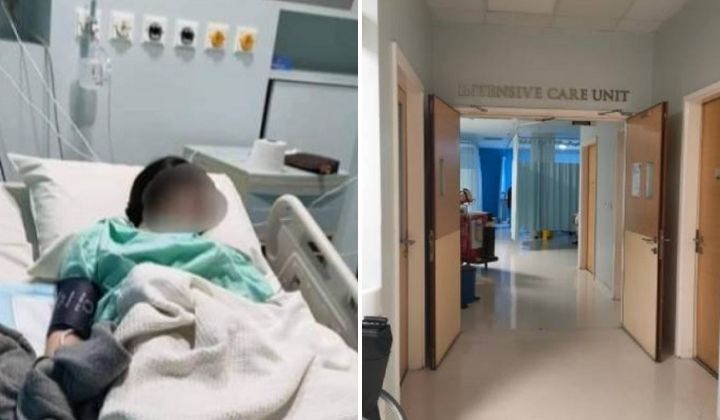 A physical education (PE) teacher from Foon Yew High School in Kulai, Johor, punished his class by making them run 30 laps around the volleyball court with a facemask on.

China Press reported that the students were subjected to this punishment on 11 May because they didn’t complete their homework.

A female student started to feel unwell and experienced heart palpitations after running 15 rounds. She was allowed to walk for the remaining 15 rounds.

She continued experiencing breathing difficulties and chest pains when she returned home from school.

According to a Facebook post by the student’s aunt, the girl’s heart rate shot up to 200bpm when she was rushed to the hospital.

Before getting admitted into the intensive care unit (ICU), she had to undergo a cardioversion procedure for a few seconds to regulate her heartbeat.

The girl’s mother questioned why the entire class was subjected to the punishment when only a few students failed to complete their homework.

When I learned that my daughter had to undergo cardioversion, my heart ‘died’ too.

There was a misunderstanding

According to 8world News, the school allegedly denied the claim that the teacher told the class to keep their masks on. They were allowed to walk if they were feeling unwell.

However, the victim told her mother otherwise and there seems to be a misunderstanding.

The victim’s mother said her daughter isn’t an athlete and has mostly stayed home during MCO.

She thinks subjecting her daughter to such intense physical activity was unreasonable. She added that her daughter isn’t above being punished but there have to be some limits.

The matter was settled peacefully

Free Malaysia Today reported that the school’s principal, Ng Fui Choo, said the teacher admitted his error in judgement and the parents have accepted the teacher’s apology.

The school also advised the parents to submit a letter regarding the student’s health condition.

She will be allowed to use the elevator instead of taking the stairs at school and will be excused from joining vigorous activities.

The PE teacher and co-curricular teacher will observe and keep track of her health condition in school too.

The parents have settled the issue with the school peacefully and decided not to pursue the matter any further.