He was repairing the house exterior near the river when the crocodile chomped on him. 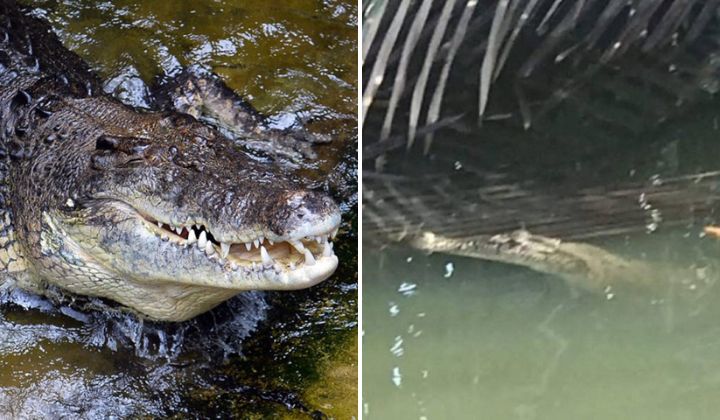 A man in Kuching, Bohri Jali, 54, managed to escape from a crocodile attack with only some lacerations on his torso at Kampung Tabuan Melayu this morning.

He was carrying out some repair work on the house exterior near the riverbank when the crocodile bit him around 10am.

The Malay Mail reported that he managed to escape the ‘baby’ crocodile’s jaws by slapping its head.

His daughter, Zairina Bohri, 25, said she heard her mother, Shamsiah Narawi, screaming before running out of the house to see what happened to her father.

I heard my mother scream: ‘Amoi, bapak kau kenak serang boyak ya!’ (Girl, your father is being attacked by a crocodile!).

Bohri was treated for his wounds at a nearby health clinic.

This is the second crocodile attack reported in Sarawak within a month.

The last attack took place in Telaga Ai involving a seven-year-old boy on 21 May. The boy’s remains had not been found since.

How to survive a crocodile attack

According to History.com, a crocodile’s jaw crushes down on its victim with 3,700 pounds per square inch of force.

For comparison, that’s more than three-and-a-half times the bite of a lion and 25 times that of a human.

So the best bet to escape a crocodile attack is to avoid them at all costs and run. However, sometimes things don’t go according to plan so here are some tips to remember:

1. Back away slowly and quietly

If you run into a crocodile, back away slowly and quietly so you don’t startle it. And then run in a straight line. Crocodiles can move at 10 miles per hour, so running zig-zag will be a waste of time. Run straight, run fast.

In 2014, a man named Stephen Moreen was dragged underwater by a crocodile but managed to escape by poking the crocodile’s eye.

If you’re pulled underwater (known as a ‘death roll’ because the purpose is to drown the prey), channel your inner angry Donald Duck and fight back like mad. Poke the crocodile’s eyes.

She fought against the crocodile by hitting it and jabbing her fingers into what may be its eyes or nose. She managed to escape and survived to tell the tale.

The other option is gnarly, but it might save your life. One of the solutions is to sacrifice a limb that’s chomped by the croc.

Ruby Francis was feeding a crocodile at a Malaysian farm in 2017 when a crocodile bit his arm and began the death roll.

When his leg got caught between the crocodile’s teeth, he told his co-workers to pull him to safety and let the crocodile tear his leg away.