The woman and her husband couldn’t get to the hospital in time due to the traffic. 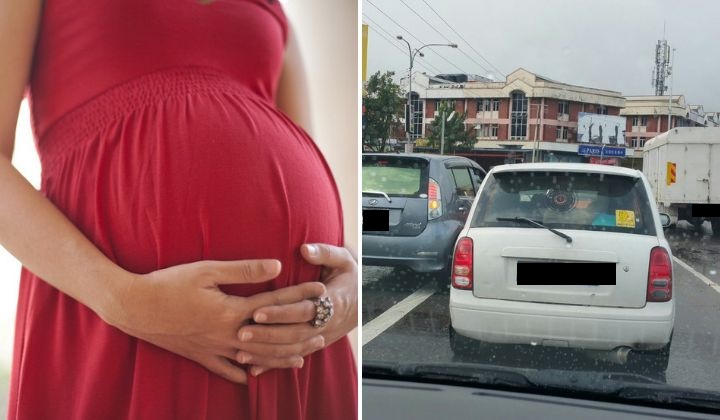 A traffic jam in Likas, Kota Kinabalu, prevented a pregnant woman in labour from reaching the hospital in time yesterday (1 June).

According to The Star, the 39-year-old and her husband were on their way to the Sabah Women and Children hospital when they were caught in traffic.

Fortunately, they had help from Sabah Fire and Rescue Department deputy director Farhan Sufyan Borhan who was on his way to the state headquarters, about 500m away.

He came across the vehicle on the side of the Lintas road and pulled over to check. He helped calm the woman down and contacted the fire brigade.

Farhan helped to tie off the baby’s umbilical cord after the woman safely gave birth to a baby girl in the car around 1.45pm.

The Emergency Medical Rescue Services (ERS) unit arrived shortly and provided initial treatment before handing over the mother and child to medics who arrived in an ambulance.

Farhan said the baby and mother were in stable condition and were now at Likas Hospital for further observation.

It wasn’t his first time facing a similar emergency. He shared that there have been cases where women had to give birth at the fire station due to transportation problems.

The EMRS unit is well-prepared for such situations.