Their parents lodged a missing person report separately on 23 and 24 May. 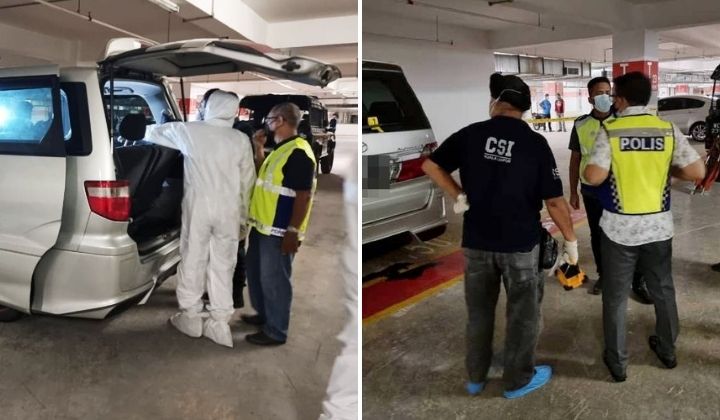 On Sunday (29 May), the bodies of two teenagers – a male and a female both aged 19 – were found in a Toyota Alphard at the car park of an apartment building in Bandar Sri Permaisuri, Cheras.

District police chief Idzam Jaafar said they received a call on Sunday around 8.26pm informing them that there were two bodies in the vehicle.

Free Malaysia Today reported that both teens are believed to be friends. According to Berita Harian, the parents of both teens lodged a missing persons report on 23 and 24 May in Klang, Selangor, and Nilai, Negeri Sembilan.

One of them is a student in a public university while the other was about to start in a teacher’s college. Both are not residents in the apartment they were found at.

The female was found in front next to the driver’s seat while the male was in the passenger seat behind her.

Idzam said checks on their remains and the surroundings discounted any criminal elements and foul play at the moment.

The remains were taken to Hospital Canselor Tuanku Muhriz UKM for post-mortem with the case classified as sudden death.

Previously, a 28-year-old man was found dead in the driver’s seat of a McLaren 720s outside a nightclub in Pudu, Kuala Lumpur on Monday, 30 May.

Firefighters had to force open the door of the car while police found no traces of injury on the body. The case is also classified as sudden death.