Initial checks revealed the man did not have any visible sign of injury on his body. 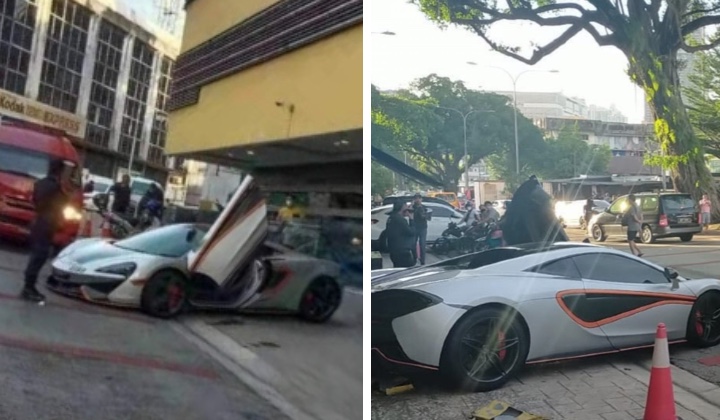 A man was found dead in the driver’s seat of a McLaren luxury car parked in front of an entertainment centre at Jalan Gelang Off Jalan Sungai Besi.

The inspection at the location found the body of a 28-year-old local man with an address in Klang Selangor. The Kuala Lumpur Contingent Police Headquarters (IPK) Forensic Team that went to the scene confirmed no injuries on the victim’s body.

Noor Dellhan said the victim’s body was sent to Kuala Lumpur Hospital (HKL) for autopsy, and the case was classified as sudden death (SDR).

At the same time, the investigation is still ongoing.

Passersby recorded the scene and shared it on social media.

A machine with officers and members from the Pudu Fire Station deployed to the scene managed to remove the victim from the locked car, believed to be a McLaren 720.

Those with information on the case should contact the city police hotline at 03-2115 9999 or go to the nearest police station.