Two other women escaped with some injuries too. 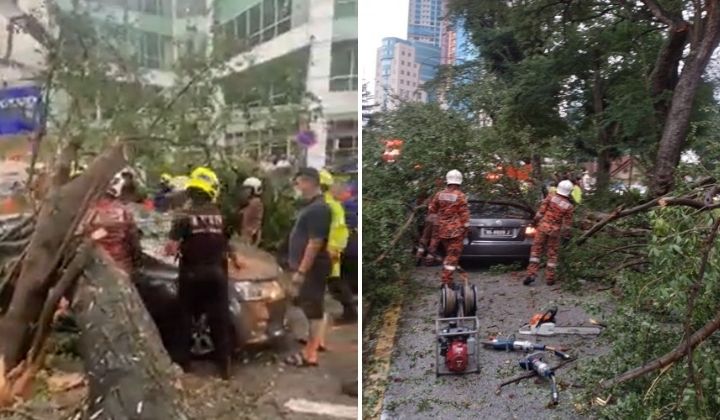 A woman was trapped when a tree fell on her car at Menara Worldwide in Jalan Raja Chulan, Bukit Bintang around 5.40pm yesterday (27 May).

The tree fell on the woman’s Volkswagen Polo and a Perodua Myvi with two other people in it.

They quickly mobilised two rescue units to the scene and successfully extricated the victims from their vehicles.

Kosmo reported that the woman stuck in the Volkswagen suffered a broken leg while two other women escaped with some injuries.

All victims were sent to Hospital Kuala Lumpur for treatment. The rescue operation was completed at 7.11pm.

Looking For A Trippy Place To Impress Your Date? Try KL’s Museum Of Illusions

[Watch] 52YO Woman Rammed By A Car At Tawau Petrol Station