The Canadaian national was charged under Section 14 of the Minor Offences Act 1955 and Regulation 18 of the Prevention and Control of Infectious Diseases (Measures Within the Infected Local Areas) Regulations. 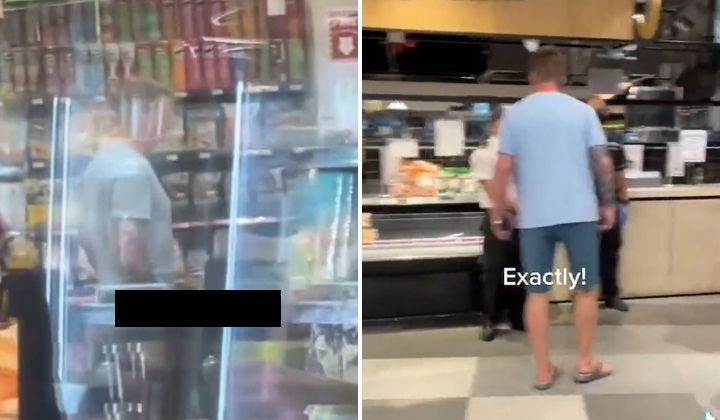 A Canadian national was fined RM800 by the Kuala Lumpur Magistrate Court after he admitted to refusing to wear a face mask and also making an obscene gesture towards a Village Grocer employee in M-City Mall last week.

Travis Lee Theberg, 44, was charged under Section 14 of the Minor Offences Act 1955 and  Regulation 18 of the Prevention and Control of Infectious Diseases (Measures Within the Infected Local Areas) Regulations.

According to a Malay Mail report, Theberg was fined RM700 for not wearing a face mask in a closed area and RM100 for showing his middle finger toward the mall employee.

“He had been feeling unwell and had not taken his medication. He told me he didn’t even realise he was not wearing a mask and can’t recall what triggered him,” Theberg’s lawyer, Jayananda Rao was quoted as saying.

Jayananda however said that he didn’t ask Theberg what medication he is taking.

Theberg also admits that he is guilty and wants to make amends for it and promises to do better, added Jayananda.

The Canadaian national who worked in oil and gas industry was employed to work in Malaysia this year.

He surrendered himself for questioning at the Wangsa Maju district police headquarters on 19 April after learning that he was the subject of a viral video a day earlier.

READ MORE: Caucasian Man Who Refused To Wear Mask In Ampang Supermarket Has Been Arrested

Theberg was caught on video refusing to wear a mask and then shouting expletive remarks before flipping off an employee inside the Village Grocer M- City Mall on Saturday, 16 April.