A TikTok user claimed that former premier Najib Razak had asked for tarawih prayers in a mosque in Melaka to be cut down to eight rakaat. 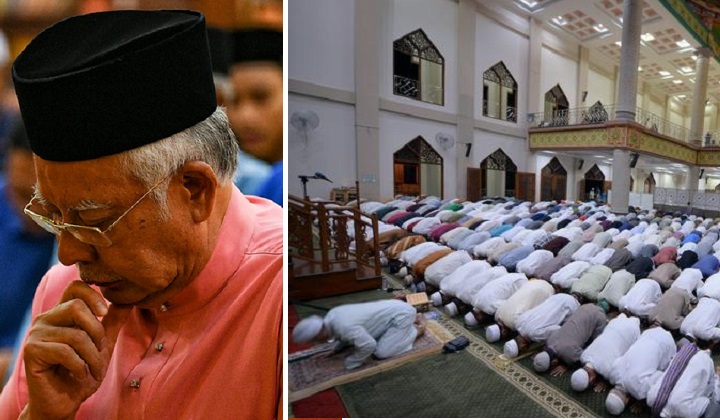 Video footage of a man berating former premier Datuk Seri Najib Razak for allegedly requesting the imam to cut down the tarawih prayer to only eight rakaat went viral over social media recently.

Inside the one minute and 57 seconds video TikTok video, the man was heard slamming Najib for dictating the total of rakaat that were performed by the congregate that night.

“The congregate are fuming with Najib who decides for himself. (Jemaah tak puas hati Najib buat palatao!)

“(He) requested for the imam to only perform eight rakaat and then asked (for the prayers) to end,” the man wrote in the video caption.

The video was believed to be recorded in a mosque in Melaka last Sunday.

The man said that Najib, as a guest, shouldn’t dictate the total of rakaat that the surau’s congregate should perform.

Netizens also reacted to the incident, with most people questioning why the former premier would ask for the tarawih prayer to be cut down.

However, there are also some who said that there is no evidence that supports the man’s claim that it was Najib who asked that the tarawih prayers were cut down to eight rakaat only.

Meanwhile, one Twitter user wrote that the video is nothing more than an attempt from a Pakatan Harapan supporter to tarnish Najib’s image.