Rafizi Ramli was involved in exposing the 1MDB scandal and other issues with the government. 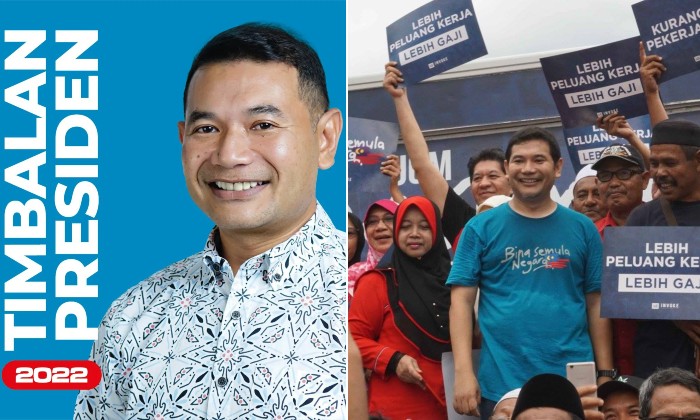 People have been chanting “welcome back Rafizi” following former Parti Keadilan Rakyat (PKR) strongman Rafizi Ramli’s announcement that he’s returning to politics after being absent in the public eye since 2018.

The one-time Pandan Member of Parliament (MP) was once famous for being a strong proponent against corruption as well as a well-known whistleblower in a number of high profile cases involving mismanagement within the Malaysian government and its subsidiaries.

TRP takes a quick look at his history and why some people might be excited about his comeback.

Read More: Rafizi Is Making A Comeback Into Politics, Eyeing For PKR’s No 2 Post

Mohd Rafizi Bin Ramli was born and raised in Terengganu and supposedly spent his youth being a top student — involving himself in a range of extracurricular activities like writing, debating and even being the president of his college military band.

On his Linkedin page, Rafizi noted that he’s done different things at different points of his life — from pursuing a degree in engineering to taking on a charted accountant accreditation with the Institute of Chartered Accountants in England and Wales (ICAEW) overseas.

He began his career as an accountant and held several positions working with the national oil and gas giant, Petronas, from 2003 till 2009, and later, briefly worked with the local healthcare company Pharmaniaga in 2009.

That same year, Rafizi took on the position of the chief executive officer of the Selangor Economic Advisor’s Office before quitting in 2012 where some speculated that he had a falling out with then Selangor Menteri Besar Tan Sri Khalid Ibrahim.

It’s said that Rafizi began taking an active role in politics and activism during his studies in the late 90s following Datuk Seri Anwar Ibrahim’s exit from the government at the start of the Reformasi movement and protests against the then BN-lead government.

Rafizi was PKR Youth’s treasurer in 2003 before later being appointed as a member of PKR’s high council that same year and was the youngest person to be given the position at the time.

Rafizi was also PKR’s strategic director from 2010 till 2014 and was selected as the central party’s vice-president that same year and held the position till 2018.

In 2019, Rafizi announced his departure from politics to pursue other goals mainly associated with the non-profit organisation, Invoke Malaysia, a political campaign management firm he founded in 2016.

Rafizi was elected as the Pandan MP in 2013 and did not contest in the 2018 general election (GE14) following a string of convictions where he was sentenced to 30-months in prison after being found guilty of leaking confidential banking documents relating to the National Feedlot Corporation (NFC) in 2012, known to many as the “cow conspiracy”.

Rafizi was also responsible for establishing the National Oversight and Whistleblowers Centre (NOW) in 2012 which fought to protect and encourage transparency and accountability within all levels of the government.

Throughout his political career, Rafizi built a reputation as being the “formula king” for his detailed breakdowns against the implementation of the Goods and Services Tax (GST), increased petrol prices and subsidies, as well as exposing corruption and the mishandling of public funds.

Among his most notable revelations had involved alleged scandals within NFC, Tabung Haji, the Armed Forces Fund (LTAT) and other organisations.

Rafizi was also heavily involved in exposing the 1Malaysia Development Berhad’s (1MDB) scandal when he leaked a 98 paged classified auditor general’s report in 2016 where he was accused of sedition and later sentenced to about 18-months in jail under the Official Secrets Act 1972 (OSA) — a move which was highly criticized by observers as silencing dissent.

Since his comeback announcement, Rafizi seems to be looking forward to returning to politics and asks his supporters to be patient while he gets reaccustomed to his “new routine” to rebuild the rakyat’s trust in Malaysian politics.