Shocked netizens wondered how the authorities could have missed the dangerous spot. 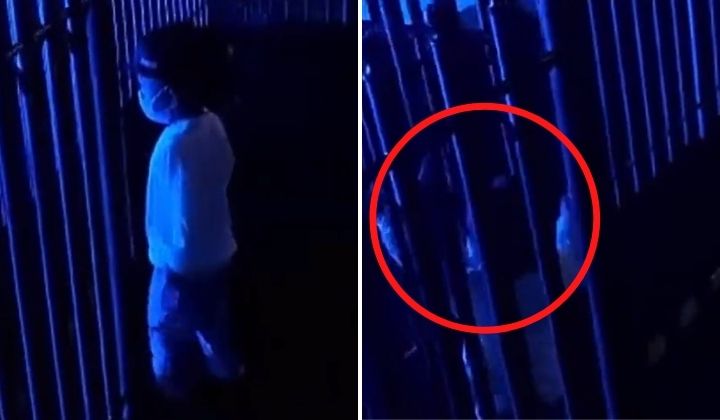 Due to the heat in Malaysia, sometimes it’s just much more comfortable and enjoyable to take a walk at night with the family.

One of the more popular places is none other than the River of Life near Masjid Jamek Sultan Abdul Samad with its colourful lights.

However, a woman’s laidback outing with her family quickly turned into chaos and it was all recorded on video.

In the video, her young nephew could be seen standing near the water behind the fence before falling through a hole and disappearing from sight.

Fortunately, the boy’s father jumped in and managed to get the boy out of the water safely.

Imagine if the water current was strong, my nephew would have been washed away to the river.

The woman wrote in her TikTok video.

Due to this incident, a netizen sarcastically said the river should be renamed the River of Death.

Twitter users wondered why the hole was left uncovered and suggested the relevant authorities take action before any more harm comes to other people.

The people online also pointed out that the water below is just a shallow fish pond and not the river.

The woman who posted the video added that the least the authorities could do was to cordon the area with a net.

Thankfully, the area has been cordoned off with some plastic road dividers for the time being.

The incident also serves as another timely reminder to be vigilant about the whereabouts of young children at all times.