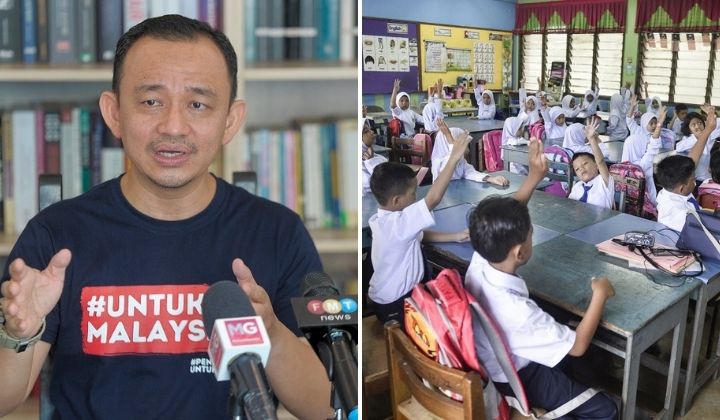 The pandemic has been difficult for both students and teachers in Malaysia.

Although formal schooling was moved to online learning, not every student can participate due to the lack of infrastructure and access, especially students in poorer and rural areas.

Former education minister Maszlee Malik expressed dismay on Twitter when he learned that as many as 21,316 students quit school between March 2020 and July 2021.

Please save my country and my people from the uncertainty of the future and decay under corrupt rulers.

He also attached a screenshot of a reply by Education Minister Mohd Radzi Jidin to Kangar MP Noor Amin Ahmad who asked how many children have stopped schooling since March 2020.

School dropouts are defined as those who have ceased their schooling before completing their education within the stipulated duration.

What had been done?

According to Malaysiakini, in early January this year, Maszlee Malik launched a public sponsorship programme named Untuk Malaysia to save students from dropping out of schools during the pandemic period.

The movement needs at least RM250 per child every month. Maszlee hoped to help at least 1,000 children in the first stage.

The programme also trains volunteers and teachers before they help teach children to read, write and calculate.

As well-meaning the movement was, it seems like it wasn’t enough.

What do netizens have to say about the number of dropouts?

A netizen shared his worries and said the number of dropouts would impact the country in 10 years time.

Another netizen wrote that the school system had been thrown into disarray since the pandemic started.

They also shared that their sister, who’s still in school, has voiced her intention to find work instead of studying due to financial constraints.

Based on the other tweets, many students felt the same and rather work right away.

The next person voiced anger at the Malaysian politicians who rather do anything but help the rakyat.

Amidst all the anger and disappointment, a few netizens sought solutions instead.

One of them asked whether they should organise a platform for students to seek moral support before they decide to quit school.

No reasons are given to explain why there’s a large number of school dropouts.

Among the reasons pointed out over the years include:

Netizens on Twitter pointed out some of these factors too.