The Education Services Disciplinary Board decided that Mohd Fadli Salleh aka Cikgu Fadli did not violate the code of conduct and will not be punished. 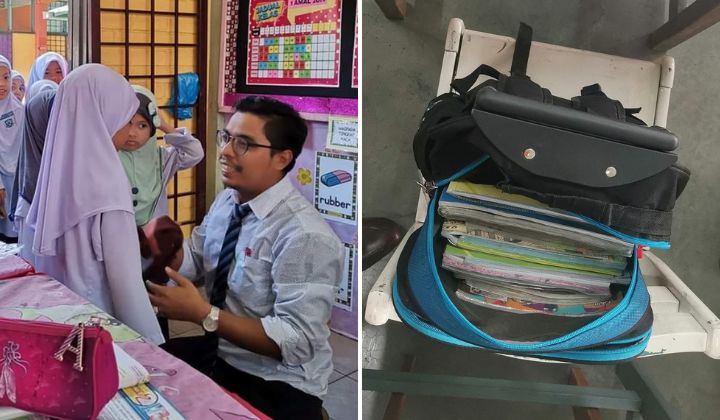 The Education Services Disciplinary Board decided on Tuesday (18 October) that Mohd Fadli Salleh aka Cikgu Fadli did not breach any rules.

According to Free Malaysia Today, all three charges against Cikgu Fadli had been dropped.

A letter dated 18 October that was signed by the Education Services Disciplinary Board chairman, Datuk Yusran Shah Mohd Yusof, stated that no disciplinary action will be taken against Cikgu Fadli.

The teacher from SK (1) Gombak said netizens played a huge part in the board’s decision.

Members of the public are also advised not to share the letter as it is a confidential document.

However, they are free to share the decision results without showing images of the letter.

Adoi the letter was leaked. How could it leak? I urge any page admins who shared the letter to remove it. It’s confidential. It’s wrong if the letter is shared. Sharing the results is ok, not the letter. Thank you.

Previously, he aired criticisms against issues that are plaguing the education system, teachers and their students.

He also mentioned about the ‘Little Napoleans’ in the ministry that are destroying the education system.

For speaking out, Cikgu Fadli faced the threat of expulsion or demotion from the Education Ministry.

He was allegedly accused of violating the code of conduct and might face disciplinary action. He was also allowed to submit his representation in reply to the charge.

READ MORE: Local Teacher Faces Threats Of Expulsion And Demotion For Speaking Up For Students