Youtube channel Top Luxury called out the development as a useless megaproject and it drew mixed responses from Malaysians. 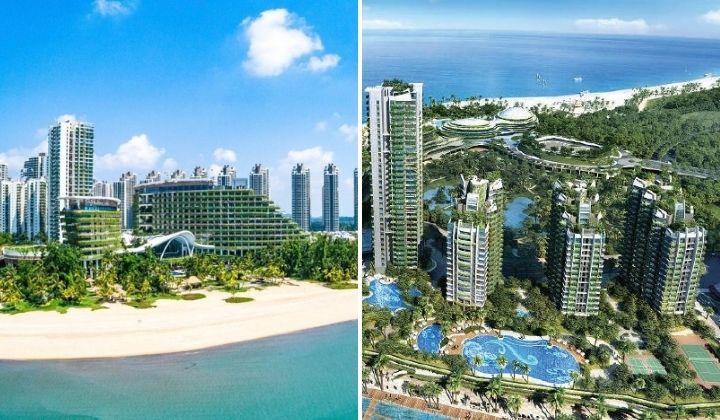 A Youtube channel Top Luxury ranked Forest City in Johor the second most useless megaproject in the world.

Forest City over in Iskandar Malaysia was built as a green futuristic smart residential city on four artificial islands and built around an artificial forest ecosystem.

It’s mainly built to attract Chinese nationals to make Malaysia their second home. According to Top Luxury, the road signs are in Mandarin and there are also a few schools there offering Mandarin courses.

Forest City’s proximity to Singapore is also supposed to make it appealing for investors. In fact, there’s a second link bridge going into Singapore from Forest City, cutting the distance between the two cities to just a 20-minute journey.

Out of the four islands, only one is near completion and it seems unlikely that the project is progressing well due to political interference.

Since Forest City was mainly funded by China and built to attract Chinese nationals, it was seen by some as a new form of colonialism in Malaysia. Thus, Mahathir Mohamad banned foreigners from owning properties in Forest City when he returned as prime minister.

The megaproject is now further delayed due to the current pandemic and travel bans. Even the sale of properties in Forest City has stopped due to the pandemic.

The video by Top Luxury drew mixed responses from Malaysians.

A netizen agreed with all the points made but also pointed out that the project was supposed to bring jobs and new housing for locals too. Instead, it was made out to be as if the whole land was sold to a foreign country.

Another person confirmed that the city is empty and dead except for the abundant mosquitoes.

The next person wrote that he lives nearby the ‘green’ city and the buildings with overgrown plants on the balconies now resemble a post-apocalypse city.

Another Malaysian agrees with Mahathir’s decision but also noted that Malaysia should stop building useless mega projects in the future.

Despite the negative views, a few people got defensive about the megaproject.

A netizen who lived in Forest City said it’s one of the safest, cleanest and most serene places she has ever been in.