The government previously only encouraged people to get tested and said that it was prepared for a spike in cases. 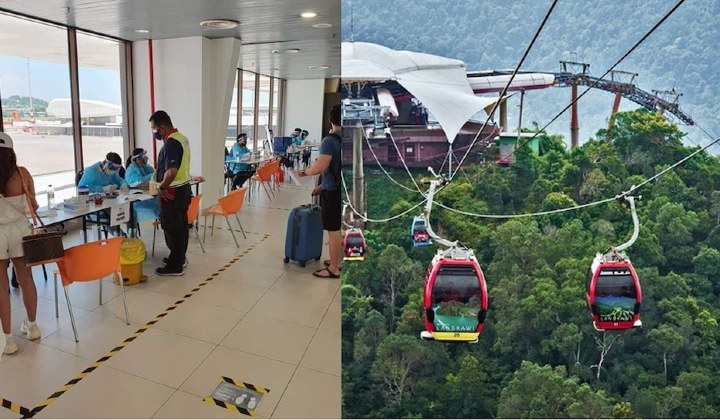 They say that prevention is better than a cure, well it appears that the last-minute decision to make it compulsory for travellers to be tested for Covid-19 before departing on vacation to Langkawi proved to be the opposite of a short shot in the dark when five people were found positive with the virus on the very first day of Malaysia’s ‘tourism bubble’ test.

The infected were determined to be Category 1 patients who weren’t showing symptoms. All of them were not allowed to continue with their journeys and were instead ordered to isolate and quarantine themselves at home for 10 days.

According to statements made by Health Director-General Tan Sri Noor Hisham Abdullah, a total of 2,546 people were screened at air and sea entrances to the island on 16 September – 1,296 tested at one of four airports across the country and the rest at the ferry terminal in Kuala Perlis.

The five who were infected were identified from the 2,528 people who underwent RTK-Ag test on-site before departure. Six people were said to have come to the airport with the negative RT-PCR test results they had done prior to departure and were allowed to enter the island. While 12 children below the age of six were allowed to travel without being tested.

Based on the chart provided by the DG, three of those infected came from the Kuala Lumpur International Airport (KLIA), while two of the others were identified at the Sultan Abdul Aziz Shah Airport in Subang. The 12 kids who didn’t get tested also departed from Subang Airport.

The chart also revealed that the majority of travellers were departing from airports in Selangor (1,189), followed by the jetty in Perlis (1,296), while the rest came from the Penang International Airport (51).

On 15 September, Health Minister Khairy Jamaluddin issued a directive for all tourists heading to Langkawi to undergo mandatory covid screening at least 48 hours before entering the island.

Previously, the government had only encouraged people to get tested before going on holiday and said that it was prepared for a sudden surge in cases and had readied beds and ICU units as a precaution.

However, KJ later came back to explain that we needed to be careful in our first attempt with a domestic tourism bubble as it will be the benchmark for opening up domestic and maybe even international travel.

But technically, we’ve already had a trial run of a domestic tourism bubble before.

The government had in March permitted tourism between states under the Recovery Movement Control Order (RMCO). This ruling only allows tourists to travel with tourism agencies registered with the Tourism Ministry.

What’s more, in April a Covid-19 cluster in Kedah was traced back to a tour group to Genting Highlands travelling under the RMCO travel bubble.

This tourism bubble came to a close in May.