AGREX aims to reimagine the agricultural sector by seeding a ‘green’ mindset in Malaysia’s youth. 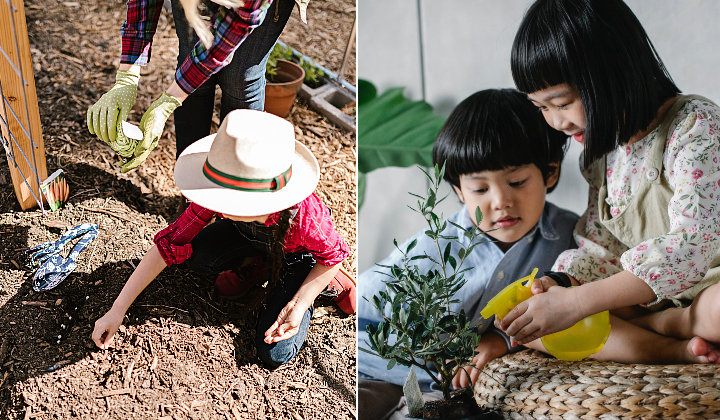 More than a century ago, two German scientists by the name of Fritz Haber and Carl Bosch came up with a way of literally making food out of the air by turning the nitrogen and hydrogen abundant in the atmosphere into chemical fertiliser for plants.

Credited as one of the greatest inventions of the 20th Century, the use of fertilizer in farming gave us a way to grow better, more nourishing crops and food. And since then, agriculture production across the globe exploded into an industrial process that feeds the entire world.

Yet the agricultural sector is often seen as nothing more than dirty and difficult work. Most Malaysian youths today would instead become social media influencers and e-services workers rather than take part in working the land.

One study revealed that only 15% of Malaysia’s youth are involved in the agricultural sector and that the field failed to attract interest among the younger generation.

But as the world struggles with things like the climate crisis, food security and labour shortages, how do we create a sustainable future and change our mindset towards agriculture?

Although the Malaysian government has been committed to promoting the agricultural sector by trying to modernise the industry and encourage ‘agropreneurship’ among youths, it’s going to take a lot more in order to cultivate the future generation to favour a life of farming.

Efforts like the Agroculture Axcelerator Program or AGREX aim to reimagine the agricultural sector by seeding a ‘green’ mindset in Malaysia’s youth and make the public see the farming industry in a fresh new light.

Officially launched at the Malaysia Agriculture, Horticulture, and Agrotourism 2022 festival (MAHA 2022), AGREX was designed in collaboration MARDI Corporation and Boxcube Travellers (BXCT) as a program to educate the public, especially youths, on the importance of farming.

The program wants Malaysians to adopt ‘Agro-Culture’ or a love of farming and make it a fruitful habit, and plans to make Agro-Culture trending.

AGREX combines the expertise of MARDI and BXCT to bring students, trainers and schools together to learn the ins and outs of agriculture through educational field trips and digital learning tools.

Think of it as a summer camp where participants can enjoy an educational holiday and get first-hand experience on how farming works and how to farm sustainably themselves.

The program encourages Malaysians to farm even from the comforts of home and hopes to open pathways for youths into the agricultural sector by becoming farmers, educators and scientists.

And just like how fertilizer helped revolutionise the agricultural sector, AGREX also wants to support the growth of local farmers by modernizing the field.

With support from tech companies like Microsoft and UU2 and firms like ANCOM NYLEX, the program envisions a world where technology, data and innovations can be used to help farmers increase their yields, cut costs and earn more.

This will in turn create a cycle where agriculture can be a lucrative career and business opportunity for Malaysia’s youth in the days ahead.

Head on over to the AGREX homepage or Facebook and Instagram channels for more info on how you can participate in the agro-cultural trend.