There are various types of people that female mosquitoes favor according to a local doctor. 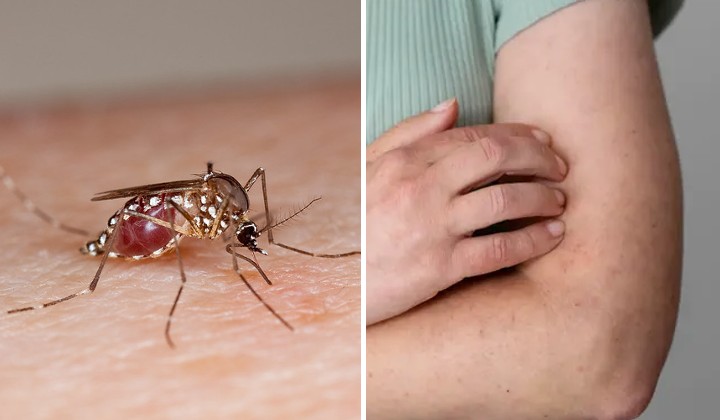 Fun Fact: Did you know that the mosquitoes eat nectar and the only ones that bite us are female?

However, females in particular eat our blood just for reproduction. It’s the eggs in them that need the protein, iron and other compounds. So that’s why they bite us – for the sake of their child! (It doesn’t make things less annoying, does it?)

But did you know that there are also certain types of people that these ladies attack? They have preferences you know!

Thanks to @DrSamhan, a local doctor who often shares medical tips and knowledge, he compiled a few factors in us humans that make us a more scrumptious target for the mosquitoes.

Here are the factors:

Some blood is yummier than the others, we guess.

A study in 2004 revealed that people with the blood type O have an 83% higher chance of being bitten by the Aedes albopictus mosquitoes (the ones responsible for dengue, zika and chikungunya) than the A (46%) blood type. Another study in 2010 also suggests that those with type O blood type have a higher secretor status compared to other blood types, which makes the mosquitoes detect them easier.

2. Those with a larger volume

According to studies, it has something to do with your metabolism and the amount of carbon dioxide you exhale. The more you exhale, the more attractive you become.

According to a study in Africa, pregnant women are twice as likely to be bitten by mosquitoes because they release more carbon dioxide.

In fact, the study claims that pregnant women release 21% more of the said gas than any other woman.

Body heat can also contribute to this as the abdomens of pregnant people were about one degree warmer.

Strenuous exercise increases the buildup of lactic acid and heat in your body.

Mosquitoes are attracted to lactic acid, ammonia and other compounds detected in sweat.

Body heat during exercises could also contribute to the higher percentage of mosquito bites.

5. Those who perspire a lot

Well we can’t help it, can we?

Some acids in our body like lactic as well as uric and also cholesterol have high amounts of steroids.

These attract mosquitoes because these types of people who sweat a lot have a higher metabolism and process cholesterol quicker than anyone else.

Generally, mosquitoes are more attracted to dark environments and so, your clothes play a part in that as well.

Research shows that wearing dark colours like green, black and red makes you easier to spot by mosquitoes.

Dr Jonathan Day, an entomologist and mosquito expert at the University of Florida explains that “mosquitoes have problems flying in even a slight wind, and so they keep close to the ground. Down there, they spot hosts by comparing your silhouette to the horizon. Dark colours stand out while light shades blend in.”

He also added that motion also distinguishes you from your surroundings, so if you’re wearing dark and moving a lot, you might as well just say “Hey ladies, I’m right here!”.

This could be because of an unknown chemical that forms on the skin after alcohol consumption.

Well, what do you know? Turns out mosquitoes do discriminate after all.

Take a look at his tweets below for more info.