The official visit was to deliver a public lecture of ‘Life in the Universe’. 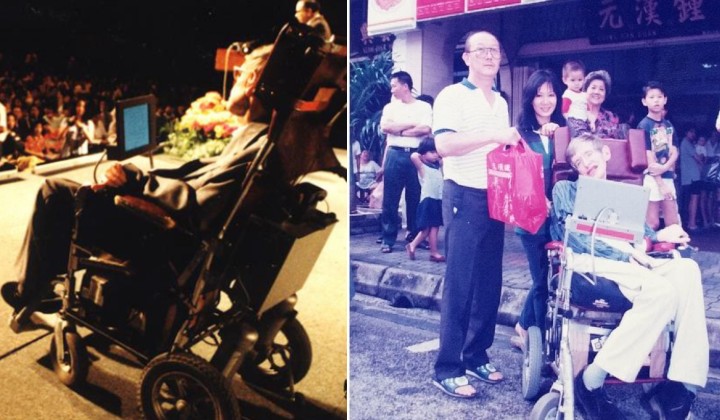 Stephen Hawking may have left us three years ago but his legacy still lives on in the hearts and minds of everyone who has ever come across him.

Online news and information site Viral Perak has recently posted on their Facebook to reminisce on a time Stephen Hawking had secretly visited Perak’s capital city of Ipoh in 1994.

The historical significance of his visit was major news at the time, giving Malaysians a once in a lifetime opportunity to see the extraordinary British physicist himself.

While many people remember the cosmologist and author’s momentous visit 27 years ago for his “Life in the Universe” lecture that he presented to 3,500 people at PWTC Kuala Lumpur, not many know the main catalyst of his visit to Malaysia was because of his Ipoh-born Malaysian Chinese Nurse.

It was reported by a Chinese-language newspaper Oriental Daily that after Hawking had given his lecture, he headed to Ipoh to meet the nurse who took care of him previously.

His former nurse also happened to be the daughter of the owner of Ipoh’s famous Ching Han Guan bakery.

Although the visit was said to be arranged as a personal trip outside his official schedule, a senior newspaper reporter who was with a local daily paper at the time recalls that once word got around, reporters and photographers were immediately sent.

Because Hawking had amyotrophic lateral sclerosis (ALS), a neurodegenerative disease that wears away at nerve and muscle function, it made him incapable of speaking and had to use a computer voice instead.

This made it inconvenient for him to give any interviews so many photos were taken that day instead.