From a derelict coal-fired power station to a sustainable city living address. 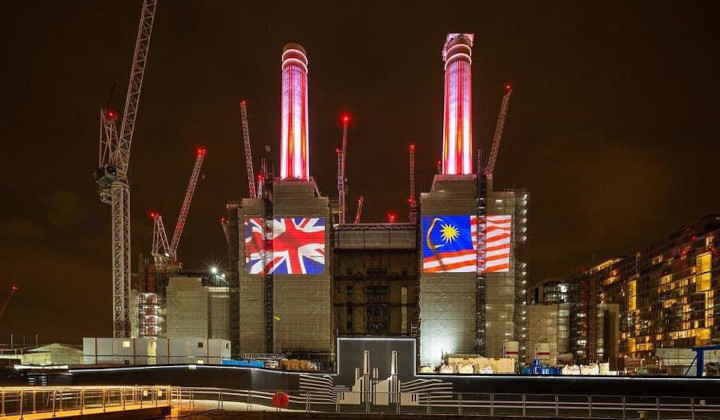 On Monday (24 May), the Battersea Power Station opened its doors to new residents with homeowners receiving the keys to their new homes in the Grade II* listed building. This follows the completion of Switch House West, the first major element of the project to be completed.

What used to be an old decommissioned coal-fired power station on London’s south bank of the River Thames has now been redeveloped into a sustainable township for living, working and enjoyment by the riverside.

The project was undertaken by a consortium of Malaysian investors

In February 2012, Battersea Power Station was put up for sale on the open market for the first time in its history.

Several bids were received including a Malaysian interest. In June 2012, Knight Frank, the commercial estate agent conducting the sale, announced that administrators Ernst & Young had entered into an exclusive agreement with developers S P Setia and Sime Darby and a few months later in September, the completion of the sale took place.

This is a proud day for Malaysia and the consortium of shareholders who transformed this historic building into a sustainable city living address, while restoring the landmark and giving it a new lease of life.

Sustainable city living in London made possible by Malaysians

The project transformed a 42-acre former industrial brownfield site into a new town center in London with new homes, shops, cafes, restaurants, offices, event spaces and over 19 acres of public space including a six-acre park.

Fronting the historic power station will be Malaysia Square, an avenue to showcase the uniqueness of Malaysia’s fascinating culture, rich diversity and heritage.

5 Haunted Properties That Could Be Worth Tons Of Money