Malaysians really are taking over Hollywood. 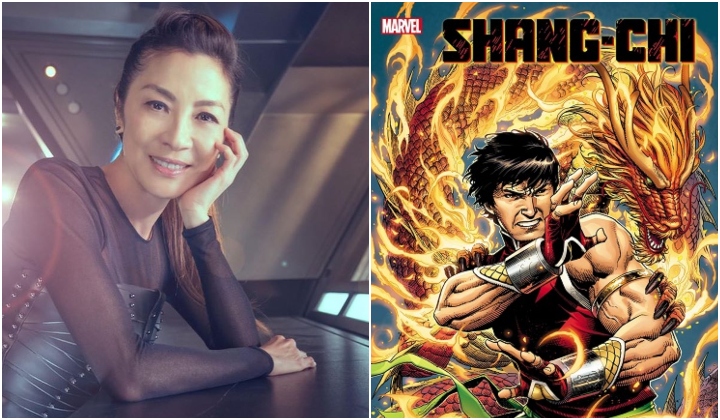 In case you haven’t heard, the internet is abuzz with rumours that Malaysian icon Michelle Yeoh is set to star in the upcoming Marvel superhero movie “Shang-Chi and the Legend of the Ten Rings” after the actress shared that she is in Sydney just as the filming resumed at the Australian city.

A film set for the blockbuster @Marvel movie Shang-Chi has brought a touch of Hollywood to Sydney. It featured a helicopter and blue screen springing up near Fox Studios in Moore Park during the week before being packed away overnight. https://t.co/TWh1KQgBAw #ShangChi #7NEWS pic.twitter.com/AoUUhRXcKl

Super happy to be outdoors 😷💖😷 masked and social distancing 💪

The former beauty queen, who just turned 58 years old this week, shared snapshots of her time in Sydney, including undergoing Covid-19 testing – which was interestingly commented “I know your pain. But good news is I can see the colour purple now,” by American actress Awkwafina who is confirmed to star in the Marvel flick.

This would be the Malaysian actress’ second Marvel project after appearing as Aleta Ogord in “Guardian of the Galaxy Volume 2”, released in 2017.

Not only that, checks on IMDB also reveal that Malaysian-born comedian Ronny Chieng will also be making an appearance in the movie, alongside Canadian actor Simu Liu in the lead role as martial arts master Shang Chi.

“Shang-Chi and the Legend of the Ten Rings” is expected to hit theatres in May 2021 and also drumming up excitement as the first major Hollywood motion picture to star a superhero of Asian descent.