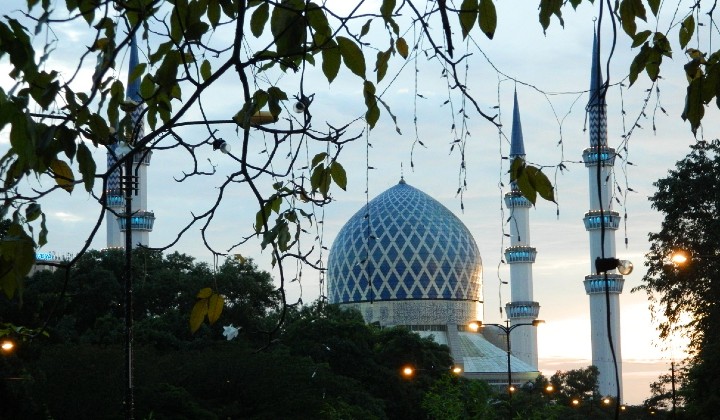 While growing up as a Malay Muslim in Malaysia, one of the things I used to look forward to every Hari Raya Aidilfitri was how much duit raya I’ll get.

As a little girl, I remember being excited about receiving the little colourful packets of money, and even going as far as choosing specific baju raya with pockets, or a matching bag to keep my envelopes safely while I visit the houses of my relatives and close family friends.

On Raya day, I would make an effort to salam as many people as possible, to be polite and friendly, and follow my parents to whoever’s house they wanted to visit in hopes that I would be able to maximise the number of envelopes I could collect.

I can recall feeling impatient as I wait for the guests to leave, or for us to leave, so that I could check how much money was in these envelopes. If I took a peek it in front of the adults, my mother would scold me for being rude.

Then, at the end of the day, my cousins, siblings, and I would sit in a circle on the floor and count our daily earnings, comparing how much each person got. As a young girl, I wouldn’t get as much as my older siblings and cousins. But as I grew into a teenager, the amount of duit raya I received increased.

Passing Down The Tradition

Before I knew it, I graduated from university and started working. Then I was the one handing out colourful envelopes of duit raya to my younger siblings and cousins. And of course, to my parents as well.

This deep-rooted tradition is actually one that defines Aidilfitri celebrations among the Muslims in Malaysia, as well as those in Brunei, Singapore, and Indonesia. But have you ever wondered where it came from?

Some sources believe that the practice of duit raya was actually borrowed from the Chinese custom of giving ang pau during Chinese New Year, weddings, and funerals. Among the Chinese, these monetary tokens of good wishes were kept in red envelopes for good luck, to ward off evil spirits, and to bid new couples a blissful marriage.

Just like duit raya, ang pao is usually given to young children. When the kids grow into adults themselves, they carry on the practice and give money to the younger generation.

But, before you start splitting hairs over the possible Chinese origins of a something we practice during the Islamic celebration of Eid, you must remember that this custom of gifting money is also consistent with the Islamic practice of sadaqah, zakat, or charity.

In Islam, the act of charity is deemed to be one of, if not the most favourable acts, and it is among the things emphasised during the holy month of Ramadan, the month-long fasting period that leads to Hari Raya Aidilfitri celebrations.

The ibadah of fasting for 30-days is supposed to remind us of the hardship felt by the poor who don’t have enough to eat. During this period, all Muslims are obligated to pay zakat al-fitr – the mandatory act of giving charity to the poor and needy at the end of the fasting month.

“His Left Hand Does Not Know What His Right Hand Gives”

…A man who gives in charity and hides it, such that his left hand does not know what his right hand gives in charity; and a man who remembered Allah in private and so his eyes shed tears.

Therefore, the act of giving duit raya in a sealed envelope, where no one can see how much money it contains, is a voluntary and wholly cultural practice that also encourages the Islamic teaching of charity. And not just any type of charity, but the discrete type that is considered more noble.

Marriage Of Culture And Religion

It is a practice that further reinforces the fact that Malaysia is a melting pot of cultures, that Malaysians are capable of marrying Chinese traditions with Islamic concepts.

So, go ahead, put some duit raya in a sealed colourful envelope (or send an e-duit raya if you want to be extra safe) and proudly pass on the Southeast Asian tradition to your younger relatives.